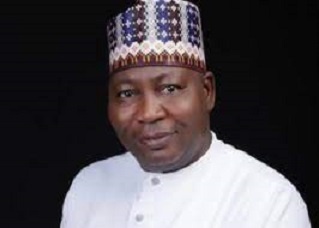 …As over 23, 000 terrorists voluntarily surrendered

A former Nigerian Army spokesman, Brigadier General Sani Usman, has described the surrendering of terrorists to security agents as historic and a big win for the army and government of Nigeria.

General Usman who made the comment on Friday during an end-of-the-year review programme on Channels Television also said the procurement of more arms for security operatives is a big win in the fight against insecurity.

“Apart from the renewed synergy among the Armed Forces and other security agencies, you have seen the concerted efforts in the fight against insurgency and terrorism to the extent that over 23, 000 terrorists have voluntarily surrendered,” he said during the show tagged “Year 2021: Battles, Resilience And The New Normal.”

“This is most unprecedented and I think it is a good achievement in the sense that the ranks of the terrorists have been greatly depleted to the point now that they have resorted to recruiting child soldiers knowing fully well that the Nigerian Military is professional and they respect human right so they cannot shot these child soldiers. We know that they (terrorists) are in disarray. This is a good achievement!”

“And apart from that, there is an injection of equipment,” he added, noting that security operatives have been able to stifle attempts by criminal elements.

“I think the terrorists are on their knees,” General Usman said, calling on Nigerians to work with the government in the fight against insecurity.

He, however, admitted that the government has to take the front seat.

“There are issues that we need to address because the bulk of the conflicts we have in this country have their roots in issues associated with socio-economic deprivation and bad governance,” the former spokesman added. “How are we addressing them?”

“Now that we have this unprecedented number of terrorists surrendering, what mechanisms do we have in place vis-a-vis our experiences in Sierra Leone; Liberia, and just recently, Rwanda, what are those things in place to ensure that we handle the issue effectively and professionally to ensure that we don’t have a relapse and ensure justice is served?” he asked.