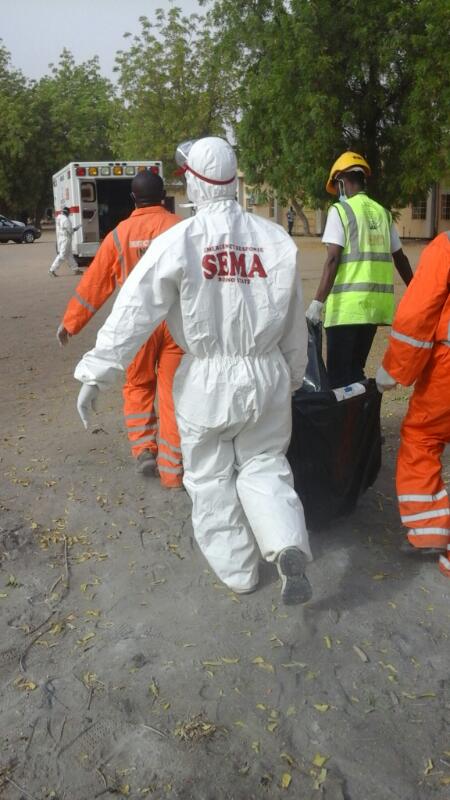 About twelve people have been killed and 48 wounded in a suicide bomb attack in Maiduguri on Wednesday.

Eye witnesses told the News Agency of Nigeria (NAN) that the mayhem was caused by an Improvised Explosive Device (IED) which was detonated by a male suicide bomber at Alai Fadawu market on the outskirts of Maiduguri.

One other male bomber detonated the IED strapped to his body and blew up himself alone without causing any other casualties.

The witnesses said the incident occurred at 4.15 p.m. when people gathered for trading activities.

In another development, gunmen suspected to be kidnappers have killed two policemen and abducted two foreign nationals on Kwoi-Jere road in Kagarko Local Government Area of Kaduna State.

The two policemen were said to have been killed in the ambush while an American and a Canadian were abducted along Kwoi-Jere road, off Kaduna-Abuja highway.