15 months after, origin of Coronavirus still unknown: Scientists accuse China of cover up

Fifteen months after the global pandemic officially began, it’s still unclear how it originated – and a group of top American scientists is eager for answers. 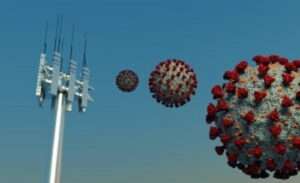 In a letter in the current issue of the journal Science, 18 infectious disease experts, immunologists and epidemiologists joined a global call for more information about the earliest days of the outbreak. There still isn’t enough known, they said, to determine whether the coronavirus jumped directly from animals to people or whether it was released from a research laboratory in China.

The lack of information, they said, feeds conspiracy theories and prevents scientists and policymakers from taking steps to prevent the next deadly pandemic.

“All of us wish we could say ‘this is what happened,'” said Jesse Bloom, who studies viral evolution at the Fred Hutchinson Cancer Research Center in Seattle, and who helped draft the letter. “Objectively, it’s not possible for scientists to say what happened with the current information.”

The United States government as well as 13 other countries, the European Union and the World Health Organization’s director-general have already called for more data about the pandemic’s earliest days. A WHO team that spent two weeks in China early this year was only allowed limited access to laboratories studying similar viruses and to data about the earliest cases.

Public health agencies with information on those early cases and research laboratories studying similar viruses need to open their records to the public, said Akiko Iwasaki, an immunologist at Yale University and one of the authors of the letter.

It may never be possible to precisely pin down what led to the first infection. With the first SARS virus, researchers think but aren’t 100% certain that the virus passed from bats to civets – a carnivorous mammal native to Asia – to humans.

But it’s not too late to get a clearer idea of the origins of the SARS-CoV-2 virus, which causes COVID-19, Iwasaki said.

“A proper investigation that is transparent, objective, data-driven, inclusive of broad expertise, subject to independent oversight, and responsibly managed to minimize the impact of conflicts of interest will help uncover the origin of the virus,” she said via email. “We need to approach this issue with objective scientific approaches.”

The letter and most of the other complaints have stopped short of blaming China for the lack of information, although the country has withheld information and ran high-tech virology labs in the same city where the virus first emerged.

Lawrence Gostin, the faculty director of the O’Neill Institute for National & Global Health Law at Georgetown University, was more direct.

“China has not allowed a full, independent and rigorous examination of its territory, and it keeps insisting it happened in some other country contrary to all evidence,” Gostin said.

The scientists’ call comes a day after an independent report commissioned by the WHO found that the WHO and many nations responded too slowly to the threat from the SARS-CoV-2 virus.

Gostin said the report was useful for highlighting the many problems that occurred at all levels of government in identifying and addressing the pandemic.

“Every single moment from the initial reporting of the pandemic there has been catastrophic failure,” he said. “I would argue that the greatest failure is not even to define how it began or why it began.”

Unless it’s clear how an outbreak started, Gostin said, “you don’t know how to finish it, or certainly prevent it.”

He thinks the most likely scenario is that SARS-CoV-2 jumped from an animal host into people because that’s how more than 70% of new human infections start.

“It’s exceedingly rare if not vanishingly rare for it to come from a laboratory or intentional leak,” he said. “We have no positive evidence that the lab was involved.”

But Bloom said there is simply not enough evidence yet to draw such a conclusion. He sees two possible origin stories for SARS-CoV-2. First – and here he agrees with Gostin – it originated in bats and jumped directly to humans or into another animal and then into humans.

Bloom said he can’t rule out another possibility: that someone in a lab in Wuhan, China, was studying the virus, collected from a bat or another animal, and accidentally released it, infecting people.

“Regardless of which occurred,” Bloom said, “it would be really scientifically beneficial, and I think also beneficial for our ability to understand and prevent future pandemics, to really understand the initial events.”

Kelechi Iheanacho: Yesterday’s back up man is ...