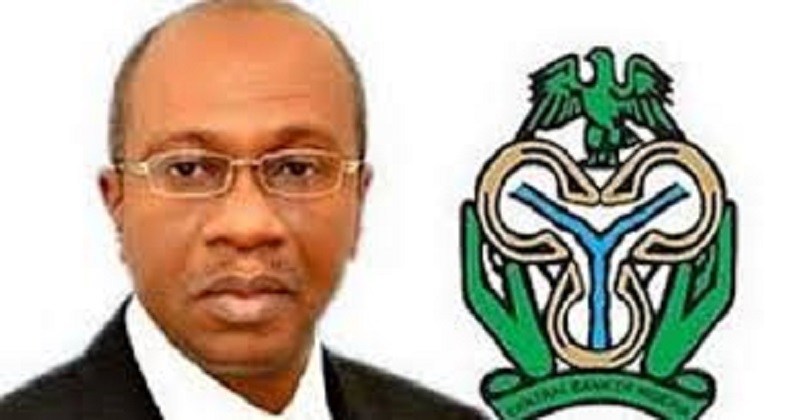 Mr. Godwin Emefiele, the Governor of Central Bank of Nigeria, CBN, has his job cut out in 2021. With an economy steeped in recession courtesy of covid-19 pandemic and the #EndSARS protests, which was turned to a vehicle for destruction by hoodlums, what is needed now is the courage to act.

Emefiele must take certain actions to rescue the economy. But his efforts alone, no matter how gallant and brilliant, are not enough. He and the CBN will need the cooperation of other strategic players in the economy in both public and private sectors to birth and sustain the process of recovery.

Feelers from CBN suggest that Emefiele and his team are not sleeping on the job. An ambitious recovery plan to grow the economy by up to 5 percent is afoot. Other targets include a concerted focus on cutting down interest rate, inflation and exchange rates. He wants to work towards ensuring that the economy grows more than the population by at least 3 percent. The CBN governor will be counting on his industry experience to achieve significant banking stability and ramp up the initiatives to boost small and medium scale enterprises. Going forward, the CBN wants to push further the frontiers of growth in agriculture. These are very ambitious, forward-looking targets. They tell the mind-set of Emefiele on how to scale-up the fundamentals that would conduce to quicker recovery from the recession and build a fresh trajectory for economic growth.

Nigeria is going through financial turbulence, but this has nothing to do with Emefiele and the CBN. Global economy has been dealt a deadly blow by the Covid-19 pandemic. Shuttered factories, deserted workplaces, furloughed staff, massive job cuts and losses, a locked down leisure industry including a grounded aviation sector and crash in global oil prices defined the world economy since March, last year. It crippled many economies including economies of advanced nations.

Many advanced economies plunged into recession last year, courtesy of Covid-19 pandemic. By the last quarter of 2020, Britain was in her worst recession and the worst in the world, according to data from the Office for National Statistics (ONS). Some other countries around the world, both developed and developing economies, were shoved into the pit of recession as a direct consequence of the pandemic.

The list tells the story: France, Italy, Canada, Germany, US and Japan all suffered huge losses. The GDP of France, for instance, contracted by 13.8 percent. In Italy the contraction was 12.4 percent while Canada was 12 percent. For Germany, the economy shrank by 10.1 percent. The US and Japan both follow with 7.6 percent. Comparatively, Nigeria, a far more import-dependent economy could be said to have fared better than these countries. Analysts believe that CBN’s shrewd management of the external reserve helped to mitigate the damage of the pandemic on the economy.

Since dipping into recession, these nations have rolled out economic plans intended to spring them out of the woods. This is why the Emefiele economic recovery plan is not only germane but imperative. Growing the economy by 5 percent seems rather ambitious especially for a consumption-led economy. But it’s possible to transit the national economy from consumption-led to investment-led. This has been the heart’s cry of Emefiele: how to migrate the nation’s economy to becoming a production-driven economy. To achieve this would require both audacity and presidential support. The type of support he got when the CBN under his watch on June 23, 2015 placed a restriction on forex-funding of the importation of over 40 items. Before the ban, Nigeria was losing billions of dollars to the importation of items that the nation has capacity to produce.

Items like cement, rice, margarine, meat and processed meat products, chicken, eggs, turkey among other basic commodities were prominent on the list. The ban did not only save the nation billions of dollars, it also boosted local production of these items. Think of the plethora of locally-produced rice across the country, then you would imagine the quantum of jobs created by this masterstroke from the nation’s Federal Reserve czar. Dangote, Lafarge and other local cement producers have Emefiele to thank for the upsurge in the demand for their products. Same goes for farmers whose fortunes have been positively impacted by the forex restriction on poultry products, rice, tomatoes/tomato paste, palm kernel/palm oil produce/vegetable oil, etc.

By hindsight, Emefiele made the smartest decision not to fund importation of the 41 items. Whilst the policy came into force in 2015, by 2016, Nigeria slid into recession. Growth slowed within the period and pressure mounted on the CBN to draw down from the nation’s reserve. There was also choreographed pressure mounted by countries who have turned Nigeria to a ready and willing market to dump their products. These nations deployed coercion, blackmail and the international media to pressure Emefiele to back down on the forex-restriction list. But the CBN chief, buoyed by patriotism, stuck to his gun. That brave policy on forex restriction for the importation of the items saved Nigeria some billions of dollars and necessitated the nation’s quick recovery from the 2016 recession.

To fully appreciate the import of the CBN forex-restriction list, let’s look at the statistics from the National Bureau of Statistics. By December 2018, the annual food import bill shrank to $1.9bn as against $7.9bn in 2015. That’s a massive relief on the nation’s external reserve.

The World Bank in its January 2021 Global Economic Prospects did not give much chance to Nigeria’s economic recovery. It projected that the global economy would rebound by 4% in 2021, while Nigeria’s economy was expected to resume at 1.1%. Global lender, IMF, was more generous. It expects Nigeria’s economy to rebound by 2.6% in 2021.The United Nations (UN) Economic Commission for Africa (ECA) in its report titled: “Innovative finance for private sector development in Africa,” was also forward-looking. It predicted that Africa’s economy will rebound by 5% in 2021 after declining by 4.1% in 2020 due to the effects of the pandemic. In all this, there appears a strand of hope and it gives further impetus to the feasibility of the CBN economic recovery target of 5%.

Emefiele has weathered the storm countless times. He has absorbed and resisted pressure from global bodies to subject the naira to unguarded and unguided devaluation which would have resulted in its free fall. He and his team have innovated home-grown remedies to save the naira. This is why Nigerians should have hope. The same global bodies that predicted mass Covid-19 deaths for Africa but got disappointed at the continent’s resilience and resistance to the disease may be in for another shocker. This time, their unforeseen quicker rebound of African economies in 2021. Nigeria will lead that charge, hopefully.