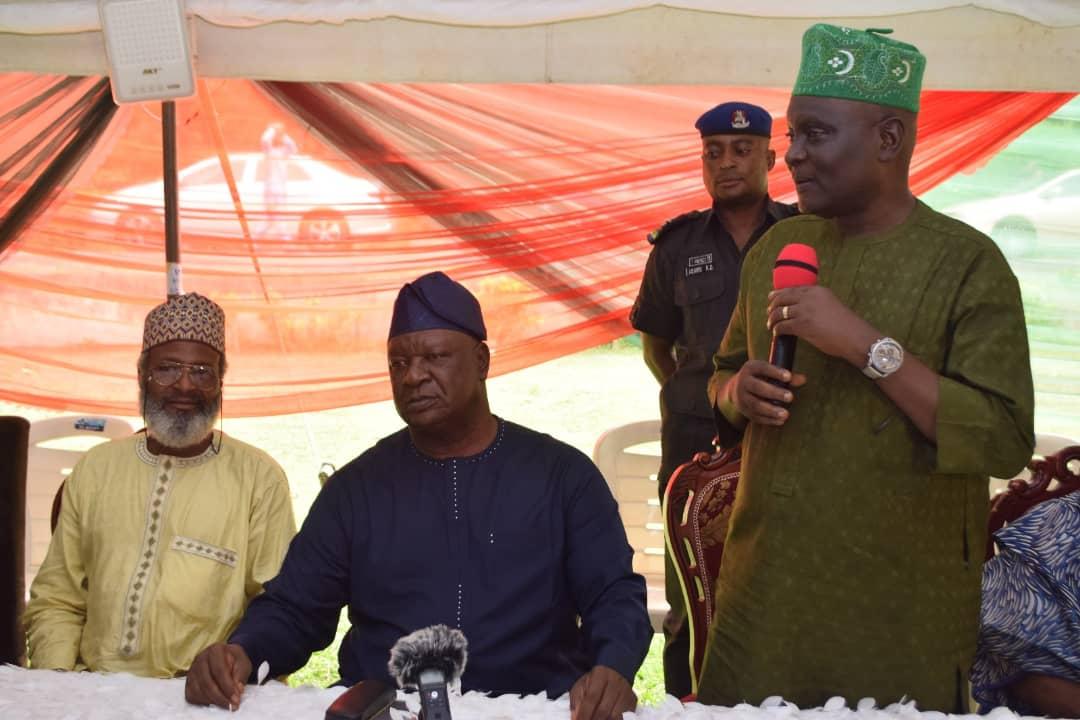 Oyo State governor, Seyi Makinde, said he was pleased with the quality of aspirants that have emerged in the PDP for the 2023 presidential election. Singling out Anyim Pius Anyim, Makinde said his experience as Senate President, SGF and a lawyer stands him out.

“You are eminently qualified to be the leader of this country,” the governor told the former Senate President.”

Makinde said this in Oyo when Anyim presented what he called his “pathway to a greater Nigeria,” to the party delegates from all the six states of Lagos, Oyo, Osun, Ondo, Ekiti and Ogu.

Anyim who described the Southwest as the brainbox of the nation and promised to partner with the zone on the issue of restructuring, assured that his presidency will eliminate mutual suspicion, ensure unity and inspire patriotism.

Anyim widely regarded a nationalist and unifier, gave the assurance on Tuesday in Ibadan when he addressed all the Southwest PDP delegates.

The former Secretary to the Government of the Federation (SGF) told the delegates and party leaders that he is running for the presidency in order to reposition the country on the path of growth, peace and prosperity.

“The purpose of my being here today is to present to you my informed pathway to rebuilding and refocusing our country on the path of growth, peace and prosperity,” he said.

Anyim said from the vantage positions he has held in government, he understands the challenges confronting the country today and equally has clarity of what the solutions could be.

Outlining his understanding of the problems and what he called evidence-informed pathway to resolving them, Anyim put the solutions under three broad categorizations: Political, Economic and Social integration.

Anyim said his foremost agenda when he becomes president is to build a political foundation for greater Nigeria, cognizant of the fact that the “greatest challenge of our nationhood today is the lack of consensus on the structure of the country, its governance system and national ideals or aspiration.”

The frontline aspirant said, “I make bold to say that the absence of consensus on these areas account for the disunity and mutual suspicion that threaten our country today.

“At the formation of our nation (Union), there were lots of negotiations, constitutional conferences and even the Willinks Commission to allay the fears of the minority tribes. The lesson here is that the buy-in-of all component segments of the nation is required to build the nation.

As part of his political consolidation process, Anyim said a PDP government under his watch “shall provide a platform for broad-based consultations and frank dialogue on a generally acceptable new foundation for our nation,” and also “put the machinery in place to harvest the views and secure the buy-in of all components of our polity and build consensus on the structure of the federation, an acceptable governance system and benchmark agreed national aspiration to which all shall commit.”

“Consensus building shall be the hallmark of our administration. We shall deploy a visionary leadership style that shall respond to the aspirations of the people,” he further said.

When he becomes president of Nigeria on May 29, 2023, Anyim said mutual suspicion will be eliminated, unity of purpose ensured, patriotism inspired, and Nigerians shall be united in their commitment to building a nation of their dream.