On the heels of the French fine, Google has initiated changes which it said would benefit its partners, the media. Google’s commitment applies to its business in France but the company said some of the changes it is making will take effect globally 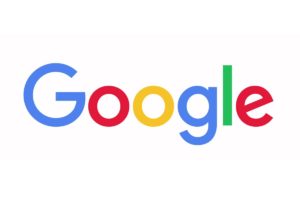 A heavy French hammer has hit Google with the number one search engine agreeing to pay a €220 million ($268.3 million) fine and amend its practices to settle an investigation by France’s competition authority into claims Google favoured its own advertising technologies to the peril of traditional media.

The fine which is the latest in a recent string of scrutiny of the company in Europe has opened doors for other jurisdictions and nations to clip the huge wings of Google which many alleged has over the years engaged in unfair advert revenue sharing and competition with its users and partners, especially the media.

On the heels of the French fine, Google has initiated changes which it said would benefit its partners, the media. Google’s commitment applies to its business in France but the company said some of the changes it is making will take effect globally.

Conventional media have seen their advert revenues shrink in recent years amid fat advert takings by Google through its AdSense and other avenues.

In 2019, the European Commission fined Google €1.49 billion for anti-competitive practices related to its AdSense business.

Google was said to have generated $147 billion in advertising revenue in 2020, the bulk of which came from mobile advertising. The company generates advertising revenue through its Google Ads platform, which enables advertisers to display ads, product listings and service offerings across Google’s extensive ad network (properties, partner sites, and apps) to web users.

Advertising accounts for the majority of Google’s revenue, which amounted to a total of 181.69 billion U.S. dollars in 2020.

With fresh scrutiny from France, Google has agreed to share more data with publishers as it moved to address claims it stifled competition in the online and mobile app publishing sectors. French regulator Autorite de la Concurrence (ADLC) stated that Google had not disputed facts in its investigation and committed to amend how its advertising and sales platforms functioned.

In a blog, Google France legal director Maria Gomri explained it will “work to create a solution” to ensure all digital advertising buyers can get “equal access to data”.

Gomri said all advert buyers a publisher works with will be able to see this auction data in future.

These revenue figures come as no surprise, as Google accounts for the majority of the online and mobile search market worldwide. As of October 2020, Google was responsible for almost 90 percent of global desktop search traffic. The company holds a market share of around 90 percent in a wide range of digital markets, having little to no domestic competition in many of them. China, Russia, and to a certain extent, Japan, are some of the few notable exceptions, where local products are more preferred.