55% of poultry farmers in Kaduna out of business – PAN 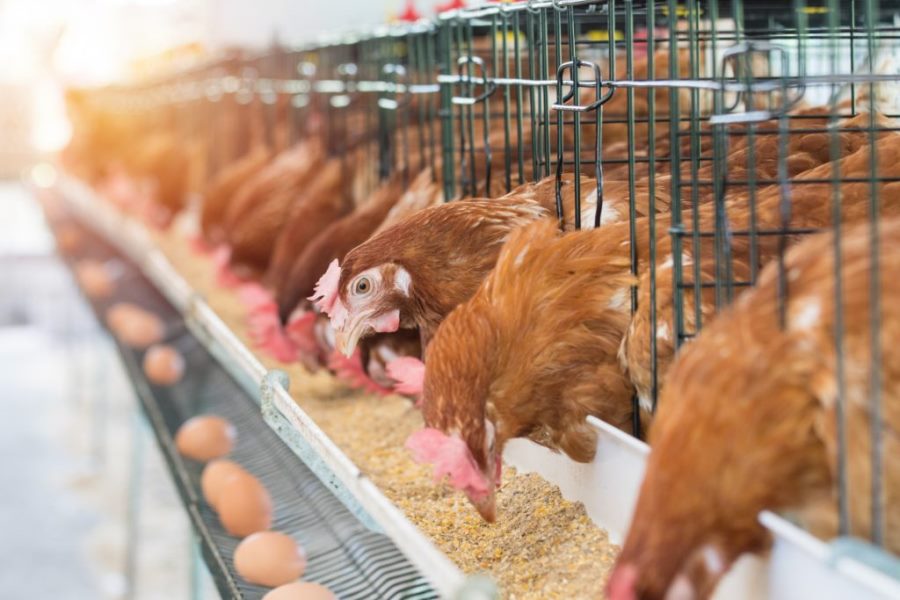 55% of poultry farmers in Kaduna out of business – PAN

The Poultry Association of Nigeria (PAN), said on Friday that COVID-19 pandemic and spiraling inflation, had sent 55 per cent of its more than 4,000 members out of business in Kaduna State.

The association Chairman in the State, Mr Musa Bala, made this known in an interview with the News Agency of Nigeria (NAN), in Kaduna.

Bala said that poultry farmers in the state produced about 10 million creates of egg every year, meeting about 80 per cent of egg needs in Kaduna state.

He said sadly however, more than 50 per cent of farmers were forced to close down because of the decreased demand for poultry products due to COVID-19 pandemic and its accompanying challenges.

He stressed that the skyrocketing price of feed and other inputs was making farmers not to break even, and so had to shut down their businesses to save their capital.

“We increased the price to N1,700 because of the increase in the cost of feed and other inputs, but we are still not breaking even, a development that forced many of us out of business.

“We enjoyed the business when we were selling a crate of eggs at N650, we earned more money due to economies of scale and we employed a lot of people, whom many of us now had to lay off,” he said.

He pointed out that producers, dealers, and retailers of poultry feed depended on poultry farmers, as well as hatchers, veterinary doctors, and others in the value chain, whose businesses thrived from patronage of the famers.

The chairman appealed to the state government to support poultry farmers with grants and soft loans to enable the famers remain in business and save the entire poultry value chain from collapsing.

On the recent outbreak of Avian Bird Flu in some farms in three Local Government Areas (LGAs) of the state, Bala said that steps had been taken to prevent the flu from spreading to other farms.

He said that the Veterinary Division of the Ministry of Agriculture had been of great help, providing advisory, disinfectants and other technical support to the famers to their farms safe.

NAN reports that the Commissioner for Agriculture, Mr Ibrahim Hussaini, had on Jan. 18, confirmed the outbreak of bird flu which affected an estimated 107,807 birds.

The affected farms, according to the commissioner, are located at Chikun, Igabi and Lere LGAs, adding that tests were conducted by the National Research Veterinary Institute, which turned up positive to highly pathogenic AI.

Hussaini said the three farms had been depopulated and decontaminated while awaiting the result of a fourth farm.

On her part, Hajiya Binta Adamu, Egg Aggregator under the National Home-Grown School Feeding Programme, said that the development would affect egg supply for the school feeding programme in the state.

Adamu told NAN that under the school feeding programme, egg was served to 735,258 pupils in primary schools across the state every Thursday.

“This means that the programme is mopping up more than 24,000 creates of eggs every week from farmers across the state.

“With the outbreak of bird flu, high number of famers shutting down due to increase in prices of feed, we might not be getting the required quantity of eggs from the state,” she said.

Adamu called for funding and capacity building of farmers, particularly women that might be interested in poultry farming to sustain production and meet domestic needs. (NAN)