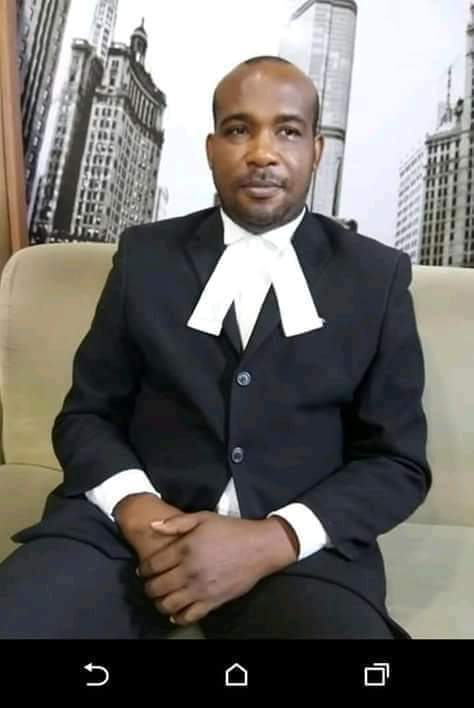 Human rights activist and Senior Advocate of Nigeria Ebun Olu Adegboruwa has made a strong case for the immediate release of Barrister Emperor Gabriel Ogbonna who had been in detention for months in Abia State.

In a statement issued on Sunday, Adegboruwa demanded for the release of Ogbonna who was arrested in his office in March by operatives of the DSS. Below is the full statement:

DEMAND FOR THE RELEASE OF EMPEROR GABRIEL OGBONNA, ESQ.. By Ebun-Olu Adegboruwa San

Mr. Gabriel Emperor Ogbonna, a legal practitioner and human rights activist based in Aba, Abia State, has been in detention since March 24, 2020, having been arrested in his office by operatives of Department of State Security and armed policemen. He was intially taken to the Abia State Police Command where he was confronted with a petition written against him that he published falsehood against the Governor of Abia State, that the latter swore to an oath at the Ancient Harashima. He was eventually arraigned before the Magistrate’s Court and remanded in custody. The activist was later charged before the Federal High Court, Umuahia and was admitted to bail by the said court. Mr. Ogbonna perfected the conditions of his bail and was released from the Correctional Centre on April 28, 2020, but he was arrested immediately by the Abia State Director of DSS. He has now been transferred to Abuja.

Whereas it is proper and desirable for law enforcement agencies to do their best to investigate, detect and prosecute crimes, for the good of society, once the court has intervened however, by way of granting bail to a defendant, then such an order must be respected and not be subverted through devious means or by subterfuge. There is no other way to describe the conduct of the DSS in transferring Mr. Ogbonna to Abuja whilst his case is still pending before the Court than an arrant violation of the order of court granting him bail. Members of the executive arm of government must willingly submit themselves to the authority of the Courts as demanded by the Constitution and not seek to denigrate that hallowed institution.

The President has just signed Executive Order No.10, wherein he granted autonomy to the judiciary. It is thus improper to claim to grant autonomy to the judiciary with one hand and then take it away with another through willful disobedience of Court orders. I call upon the President to call the Director of DSS to order, in order to avoid another scenario of what happened in the case of Omoyele Sowore.

Mr. Ogbonna’s attention is needed by his pregnant wife, he also has a precarious medical history, having suffered gunshot wounds from an attempted assassination upon his life in the past. With the health challenges posed by the Coronavirus pandemic, this is not the time to embark upon indiscriminate arrest and detention of citizens. Indeed, the government only recently directed that the Correctional Centres be decongested.

The DSS must obey the order of court granting bail to Mr. Ogbonna and if there be any further allegations against him, he should be charged to court immediately in line with the requirement of the Constitution. Surely two wrongs cannot make anything right.