Suspended acting chairman of the Economic and Financial Crimes Commission (EFCC), Ibrahim Magu has been released from police custody.

Earlier on Wednesday, the Inspector-General of Police, Mohammed Adamu, asked Magu, to direct his bail application to the presidential panel.

According to Channels television report, Mr Oluwatosin Ojaomo, Magu’s legal representative, had asked the IGP to grant bail to his client on “self-recognisance” — after the suspended EFCC chief had spent four days in custody.

But in a letter dated July 14, 2020, and addressed to Mr Ojaomo, the IGP said the police force is not investigating and detaining Magu, so, it cannot grant the bail request.

It also advised the lawyer to redirect his request to the chairman of the presidential panel for appropriate attention.

The letter read in part: “The Inspector-General of Police directs that your attention be drawn to the fact that the Nigeria Police Force is not investigating CP Ibrahim Magu (your client), and he is accordingly, not being detained by the Police but by the Presidential Panel that is investigating the activities of the Economic and Financial Crimes Commission (EFCC). 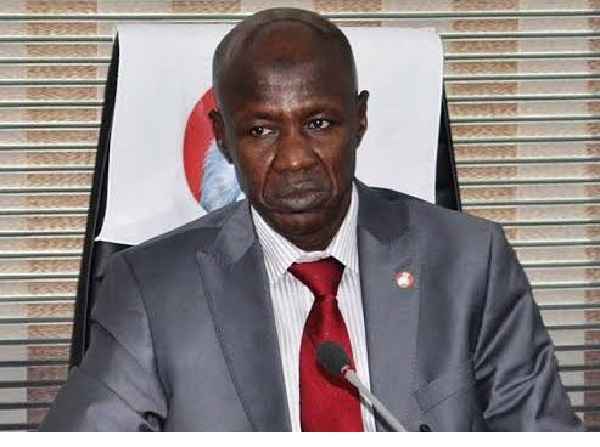 “The Inspector-General of Police, therefore, advises that you reconsider directing your request to the Chairman of the Presidential Panel for appropriate attention.”

Mr Magu was invited by the panel headed by Ayo Salami, a retired President of the Appeal Court in the Presidential Villa in Abuja on July 6.

He was later moved to Area 10 Force Criminal Investigation Department (FCID) of the police in Abuja where he has since been detained.