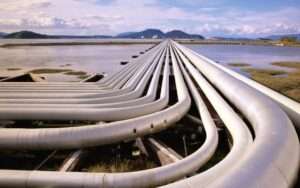 The Minister of Information and Culture, Alhaji Lai Mohammed has said that the Friday judgment of a UK Commercial Court suspending the execution of a 9.6 billion dollar judgment debt against Nigeria is “a huge relief”.

The Minister, who spoke to the News Agency of Nigeria (NAN) in Abuja, said the court decision “is a big victory and Nigeria can now breath a sigh of relief“.

Reacting to the court’s decision, the minister said the judgment has afforded Nigeria the chance to challenge the arbitrary award to prove that the entire contract award with P&ID was a scam.

“The ruling is a big victory for Nigeria because it does not only grants Nigeria only stay of execution but also suspends any penalty against Nigeria.

“For more than a year now, Nigeria has been restless in its search for justice because we have always believed that the P&ID gas supply contract was nothing but a sham.

The minister recalled that one of the challenges the administration faced as soon as it came on board for the second tenure was the slamming of the judgment debt on the country.

“The world and Nigeria were gripped with the fear that our foreign assets, our oil  will be attached and investors were panicked, that was when we started our campaign.

The minister said they took proactive steps to assure investors that the government would contest the ruling and no dime would be paid.

He said the steps were to instill confidence in the investors that Nigeria is safe for investment and they should not disinvest in the country.

“After that we held several press conferences in which we, once again, assured Nigerians that we were going to robustly challenge  the judgment.

A UK commercial court on Friday granted  Nigeria’s appeal for stay of execution of the award of 9.6 billion dollar, (about N3.5 trillion) to an Irish company, Process and Industrial Developments Ltd. (P&ID) over a botched gas contract.

Specifically, the Royal Courts of Justice Strand, London granted the stay of execution order in the arbitrary award, following the review of written submission by the Federal Government which contained new evidence.

The presiding judge, Justice Sir Rose Cranston held that the court decided to “grant Nigeria’s application for an extension of time and relief from sanction” in the matter in dispute.

The minister gave kudos to the Attorney General of the Federation and Minister of Justice, Abubakar Malami (SAN) for a  very brilliant team he set up to prosecute the case.

On Aug. 16, 2019, a UK Business & Property Courts (the Commercial Court), presided by Justice Butcher, had approved that P&ID should enforce a March 20, 2013 award against Nigeria by a District Circuit Court in Washington DC.

The court ordered a whopping 9.6 billion judgment debt against Nigeria over the botched  20-year Gas and Supply Processing Agreement (GSPA) with P&ID.

In a ruling,  the court authorised the (P&ID), a little known Irish engineering and project management company, to seize 9.6 billion dollars in Nigerian assets over the failed contract.

The court ruling was a fallout of the contract purportedly entered into in 2010 between the Federal Ministry of Petroleum Resources and P&ID and the subsequent award made in July 2015 in favour of the P&ID, by an arbitration panel sitting in London.

In the failed contract, the P&ID was to build a gas processing facility to refine associated natural gas into non-associated gas to power the national electric grid.

For its part, the Ministry was to build pipeline to supply gas to the P&ID facility to be located in Adiabo, Odukpani LGA, Cross River state.

The agreement went sour because the company, which, did not build any facility at the agreed site, blamed the Ministry for not constructing the pipeline for gas supply alleging that it had committed 40 million dollar into the contract. (NAN)