Abba Kyari: Extradition not automatic, AGF has a huge task ahead as events unfold – Kayode Ajulo 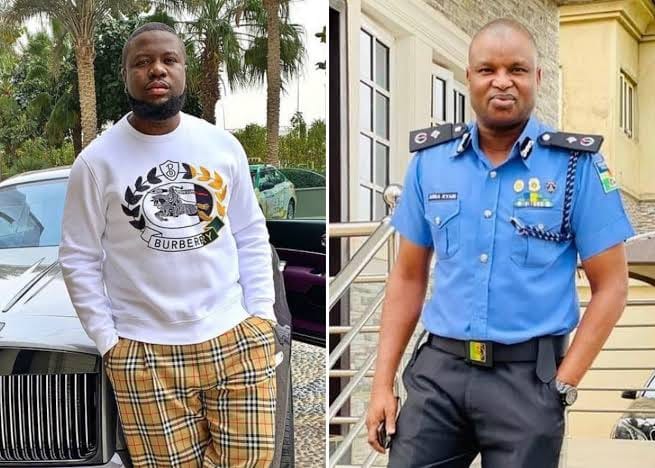 Abba Kyari: Extradition not automatic, AGF has a huge task ahead as events unfold – Kayode Ajulo

Dr Kayode Ajulo, a Constitutional Lawyer and Activist, says extradition of DCP Abba Kyari to the U.S. is not automatic as being speculated.

A U.S. District Court for the Central District of California had alleged that a suspect, Ramon Abbas, aka Hushpuppi used Kyari, Commander, IGP Intelligence Response Monitoring Team to arrest and jail a co-conspirator, Chibuzo Vincent, after the latter threatened to expose an alleged one million dollars fraud committed against a Qatari businessman.

The U.S. Attorney’s Office had issued an arrest warrant against Kyari for his alleged links to Hushpuppi, who is standing trial for various offences that included internet fraud and money laundering, among others.

In a statement on Friday in Lagos, Ajulo said that strict adherence to international and municipal legal mechanisms must be observed before extradition could take place.

He said a citizen of Nigeria as a sovereign state could not be expelled/extradited from the country without strict adherence to provisions of the Constitution and International protocols.

“What is more, the Federal Republic of Nigeria and the U.S. are bound by provisions of the Extradition Treaty signed on Dec. 22, 1931 (entered into force on June 24, 1935) including Extradition Act of 1966, (Extradition Modification) Order, 2014, Extradition Act (Proceedings) Rules, 2015 and other International Protocols.

“By the provision of Section 6 of the Extradition Act, a request for the surrender of a fugitive criminal of any country shall be made in writing to the Attorney-General by a diplomatic representative or consular officer of that country and shall be accompanied by a duly authenticated warrant of arrest or certificate of conviction issued in that country.

“Thereafter, the office of the Attorney General of the Federation will have to conduct a discreet and thorough investigation into the said allegations.

“And upon the conclusion of same, if there is any prima facie case against DCP Kyari, commence extradition processes against him in a Court of competent jurisdiction within the Nigerian Territory and obtain an Order of Court in line before he can be extradited to the U.S.

“The Attorney-General of the Federation, Mr Abubakar Malami (SAN) has a humongous task ahead in this saga as events unfolds,” Ajulo said.

He, however, lamented that Kyari’s alleged U.S. indictment was an unfortunate situation involving Nigeria’s ‘Star Cop”.

The Inspector-General of Police, IGP Usman Baba on Thursday, ordered an “internal review of the allegations” against Kyari, by the U.S. court.

The IGP reaffirmed the Nigeria Police’s commitment to the pursuit of justice and strengthening of its professional relationship with the Federal Bureau of Investigations (FBI) and other international partners.

Hushpuppi had since pleaded guilty to the charge.

If convicted, he risks a 20-year-jail term, three-year supervision upon completion of the jail term and monetary restitution to the tune of 500,000 dollars or more.

The criminal complaint that initiated the prosecution against Hushpuppi and in the ultimate, Kyari, was unsealed Monday.

It revealed that Hushpuppi pleaded guilty on April 20, 2021 to his role in the school-finance scheme, as well as several other cyber and business email compromise schemes that cumulatively caused more than 24m dollars in losses to his victims. (NAN)