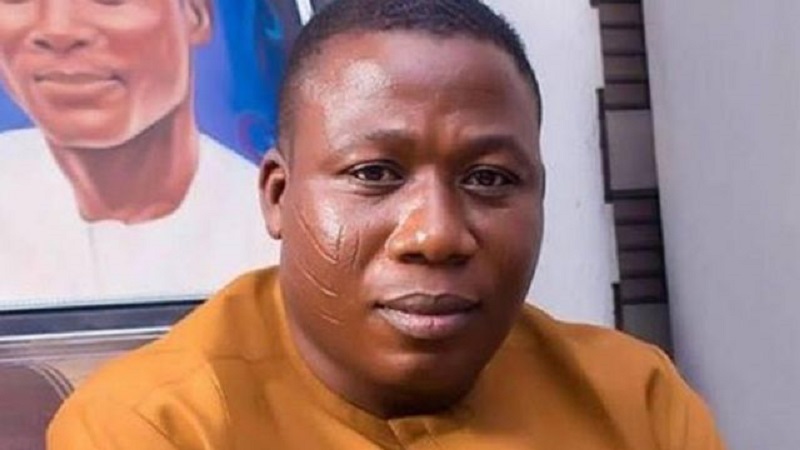 The Attorney-General of the Federation (AGF) has a Sept. 7 date to respond to a suit filed against him Chief Sunday Adeyemo (aka Sunday Igboho).

The Department of State Security Services (DSS) co-joined in the suit seeking the enforcement of Adeyemo’s fundamental rights has the same date to appear before an Oyo State High Court in Ibadan.

Igboho filed a N500 billion suit against the AGF, the DSS over unlawful invasion of his residence on July 1 when his property were damaged and some occupants killed.

Also joined in the suit filed by his counsel, Mr. Yomi Alliyu (SAN), is the Director of State Security Services, Oyo State,

The court had on Aug. 4 granted an ex-parte application restraining the DSS and AGF from arresting, intimidating and blocking Sunday Igboho’s bank accounts.

At the resumed hearing of the case on Monday, AGF’s counsel, Mr Simon Enock, told the court that he was not ready to proceed on the matter.

Enock said that the applicant just served him with a counter-affidavit to the preliminary objection challenging the court’s jurisdiction and motion on notice filed on the matter by the AGF.

The AGF’s counsel also told the court that court rules permitted him to respond within seven days and urged the court to grant him an adjournment in the interest of justice.

He also prayed the court to vacate the order restraining the arrest, intimation and blocking of Igboho’s bank accounts, adding that the order should have a lifespan of seven days rather than being perpetual.

In his argument, counsel to DSS, Mr. T. Nurudeen, said that the applicant was yet to serve any counter-affidavit on his client and that the procedures of service must be observed for fair hearing.

Alliyu said that the AGF was served since Aug. 25 and only needed five days to respond to the counter-affidavit and urged the court not to grant the adjournment sought.

In his ruling, presiding Justice Ladiran Akintola noted that the rules on enforcement of fundamental human rights suit do not accommodate luxury of time because the life of the applicant was at stake.

Akintola adjourned the case to Sept. 7 for hearing of all applications and extended his order of interim injunction restraining Igboho’s arrest and blocking of his account. (NAN)