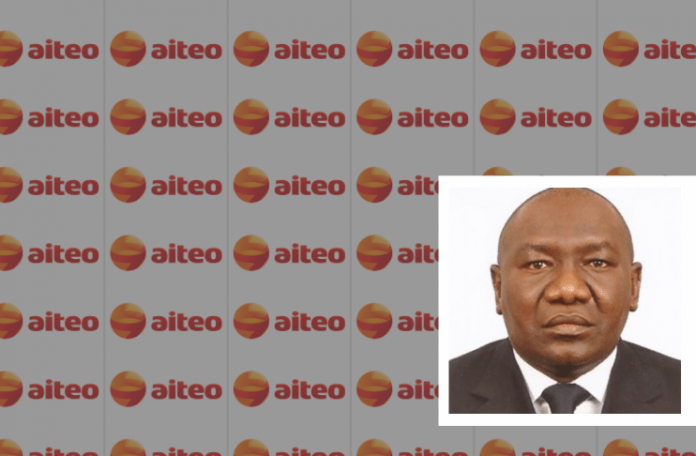 Beyond the money, the effort of Aiteo must be appreciated for its essence and value. It’s a show of patriotism, a call to duty and a clear demonstration that so much can be achieved in Nigeria with Nigerians in the entire sports spectrum

Behind every success, there is a source. And behind every history, there is a story. So, when Bayelsa State recorded a historical success recently by becoming the first state to have its male and female clubs win the FA Cup, now called Aiteo FA Cup, there was both a source and a story. The source was the Aiteo Group, sponsors of the FA Cup since 2018 and the story belongs to Benedict Peters, the President of the Group.

Peters was the man who stepped out to save the nation’s football at a time it was fading both in glory and in form. The gesture was part of the corporate social responsibility of the Aiteo Group. And it has become a decision and gesture worthy of adulation. Since the group assumed sponsorship of the FA Cup as part of a five-year N2.5 billion deal with the Nigeria Football Federation, NFF, the glamour, thrill and frill associated with the FA Cup have returned.

This year’s FA Cup final was a thriller worthy of its badge. The female edition had offered a teaser with Bayelsa Queens outfoxing Robo Queens of Lagos 4-2 on a wet soggy turf. But it was the male edition that pumped the adrenaline. Little known Bayelsa United had squared up against a more popular Nasarawa United. Edgy, cagey and sometimes on a cliff edge. It was worth the moment as both teams refused to be outdone within regulation time having netted two goals apiece to keep the score at 2-2.  It was a match that brought back the glamour and grandeur of the FA Cup as we knew it. At the end, it was Bayelsa United, the underdog in the doggish match, that held nerves to emerge victorious. A historical upset!

Beyond the money, the effort of Aiteo must be appreciated for its essence and value. It’s a show of patriotism, a call to duty and a clear demonstration that so much can be achieved in Nigeria with Nigerians in the entire sports spectrum.

Nigeria has been a nursery of talents, a major supplier of athletes, footballers and other actors in the broader entertainment ecosystem who end up naturalizing as citizens of western nations. Everybody is born with a talent. What makes the difference is discovery, nurturing and guided husbanding of such talents. This is the missing link for young Nigerian talents. Gifted and endowed with ingenious talents, the Nigerian child is left to wander in hopeless swagger. And while the Nigerian child growing up in Nigeria pounds the street of hopelessness and despair, his counterpart in the western world is already mainstreamed into the classroom, theatre, academy or any such place where his talent is honed and transformed into scalable, marketable brand. And this is down to availability of sponsorship and good mentorship.

In accepting the sponsorship of the FA Cup as one of its corporate social responsibilities, Aiteo Group has given life to the dreams of many home-based footballers who may never have had the opportunity to showcase their talents. Players of Bayelsa United, a lower league club, will now have the opportunity to strut their stuff on the continental stage where they would be exposed to international scouts and the benefit of stronger competition. When in the 2021/2022 season, Bayelsa United steps out to represent Nigeria at the CAF Confederation Cup, let’s not forget the source and the story behind such transcendental triumph of courage: Aiteo and Peters.

Nigeria has a rich pool of outstanding football talents, with many restricted to playing street football in far-flung rustic communities, far away from scouts and the opportunities that city life brings. With a dying culture of schools football, from primary to tertiary, the Aiteo FA Cup offers the best option for grassroots soccer development. The probability of footballers from non-professional league clubs being mainstreamed into the Nigerian Professional Football League, NPFL, and even overseas to Europe and other African nations with stronger leagues is high.

Without any doubt, the Aiteo intervention in Nigerian football has had the most positive inductive effect on the nation’s overall football life. Since the intervention, the dour stories of non-payment of salaries to coaches and sundry emoluments to players involved in the competition have varnished.

Aiteo partnership with Nigeria football authorities triggered a bouquet of fortunes for the nation. First, Nigeria became the first national team in Africa to qualify for the 2018 World Cup, against the old order where qualification is always a matter decided by the last kick of the ball in the last qualifying match. In some cases, pundits resort to computation of results from other nations’ matches to determine if Nigeria will qualify, a lottery of sort.

Aiteo did not only focus on the national team, the commitment was to help develop grassroots football. And who would have believed that a club like Bayelsa United from the second division would edge out NPFL giants like Rangers, Rivers United and Nasarawa United which finished as the second best team in the NPFL league.

The partnership with NFF further boosted the marketing visibility and value of the nation’s football. First, global sports-wear behemoth, Nike, jerked up its sponsorship money on Nigerian football. Nike did not just throw jersey at the national team, Super Eagles, as was the case in the past, the multinational company practically took over real marketing of the Super Eagles as a brand including marketing the Super Eagles jersey at the last World Cup in Russia and pitching it as the ‘best jersey brand’ in the world to the acclamation of the whole world including FIFA.

The Aiteo gesture is a worthy example of how corporates and individuals can infuse patriotism with nationalism to improve the development quotient of a nation. At a time many Nigerian corporates making big money in Nigeria, the largest market in Africa, opted for the unpatriotic act of sponsoring and empowering overseas clubs and sports persons, Aiteo decided to give back to Nigeria. This is the stuff of a typical public-spirited entity. Peters has by this singular act in a period of national and global drought for businesses, demonstrated that he’s a different kind of capitalist and entrepreneur.

By choosing to invest in Nigerian football, he has opened a new vista in grassroots sports development; the type that produced legends like Kanu Nwankwo, Jay-Jay Okocha, Stephen Keshi, Taribo West, Daniel Amokache, Finidi George, Celestine Babayaro and a host of others including the current horde of Kelechi Iheanacho, Wilfred Ndidi, et al. They all started from home (Nigeria) before gracing the biggest stage of club football, Europe, from where they have brought fame, glory and cash to Nigeria.

And if tomorrow comes, as sure as seed time and harvest time it will, another generation of young Nigerians having been provided opportunity at home to hone their skills, find their way to Europe to excel in the Beautiful Game, such success, in part, should be ascribed to the labour of love of Aiteo Group and its chief driver, Benedict Peters, a child of national consolation. Nigeria needs more of such patriots and philanthropists to complement the effort of government in building our capacity and competences in football and other sports.