Another expensive divorce: Quick facts about Bill and Melinda Gates

Bill and Melinda Gates, who run one of the world’s largest philanthropies, are divorcing after 27 years of marriage. They both announced the divorce on Twitter at the same time. 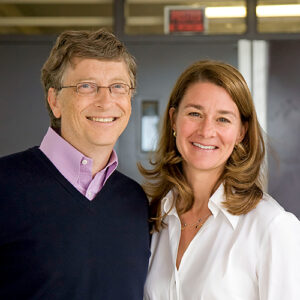 “After a great deal of thought and a lot of work on our relationship, we have made the decision to end our marriage.

“We continue to share a belief in that mission and will continue our work together at the foundation, but we no longer believe we can grow together as a couple in this next phase of our lives,” they wrote. 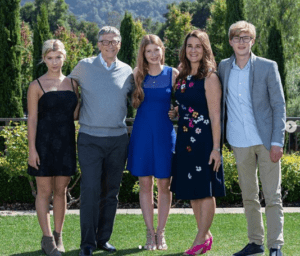 Below are a few facts you need to know about the Gateses:

Bill Gates, the co-founder of the software giant Microsoft, has an estimated net worth of $130.5 billion, ranking him fourth on Forbes’ list of the world’s wealthiest people.

Melinda has a net worth of about $70 billion

They have a son and two daughters: Rory, Jennifer and Phoebe and despite their parents being modern day billionaires, each one of their kids will inherit only $10 million. They believe their children should work hard enough to earn their own billions.

The Gateses met at Microsoft, where Melinda worked developing multimedia products for the company. They married in 1994 on the Hawaiian island of Lanai. Melinda left Microsoft in 1996 to focus more on their charity works through the Bill and Melinda Gates Foundation.

By end of 2019, they have given out in charities a hefty $55 billion in grants to promote healthy living, fight diseases, poverty across the globe and in the U.S. education systems. This is aside the billions spent in 2020 till date in the wake of the coronavirus pandemic.

Bill Gates stepped down as chief software architect at Microsoft and gave up his day-to-day duties in 2008 to work full time at the foundation. He stepped down as Microsoft’s chairman in 2014.

The end of their marriage comes a little more than two years after another Seattle billionaire, Jeff Bezos, announced that he and his wife at the time, MacKenzie, were divorcing. Bezos, the world’s wealthiest person, founded the e-commerce giant Amazon and owns The Washington Post. Their divorce settlement, a year later, set a record, giving MacKenzie an Amazon stake worth approximately $36 billion at the time.

In 2020, the foundation committed $1.75 billion as part of its global Covid response, funding the development of vaccines, tests, and drugs, supporting efforts to testing and tracing those infected, and paying to prepare health systems for rising cases in the developing world.

As the coronavirus ravaged humanity, Bill Gates, 65, emerged as a leading advocate for science-based approaches to end the pandemic. To acquire knowledge on the disease, he studied infectious diseases as part of his philanthropic work.

Bill Gates had earlier warned about the potential for a pathogen-spread pandemic, notably in a prescient TED Talk in 2015. But this also made him a target for conspiracy theorists who claim he engineered the pandemic and is mining it for profit and leveraging it for global surveillance and population control.

Melinda Gates, 56, assumed a larger role at their foundation two decades ago. Along with her father-in-law, Bill Gates Sr., she oversaw the foundation while her husband continued his full-time work at Microsoft.

In addition to giving away much of their wealth, the Gateses also teamed up with billionaire investor Warren Buffett in 2010 to launch the Giving Pledge, a commitment by superwealthy people to donate at least 50 percent of their money to charity. It has more than 200 signatories.

All strides gained in the fight against ...