Anthony Joshua knocks out Pulev in 9th round to unify titles

Hard-hitting Anthony Joshua claimed a stunning knockout victory over Kubrat Pulev at Wembley Arena on Saturday night to retain his world heavyweight titles, knocking out Kubrat Pulev in round nine to defend his WBA, IBF and WBO heavyweight world titles. 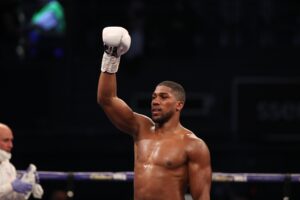 The Nigerian-British born champion floored his Bulgarian challenger four times in a dramatic and entertaining contest, which will hopefully set up an undisputed fight between AJ and Tyson Fury next year.

Joshua put on an impressive show in London against the experienced Bulgarian to set up the mouth-watering prospect of a unification showdown with Tyson Fury in 2021.

Full results of the night fights: