Asagba of Asaba at 98: He’s a scholar per excellence, bridge-builder – Okowa 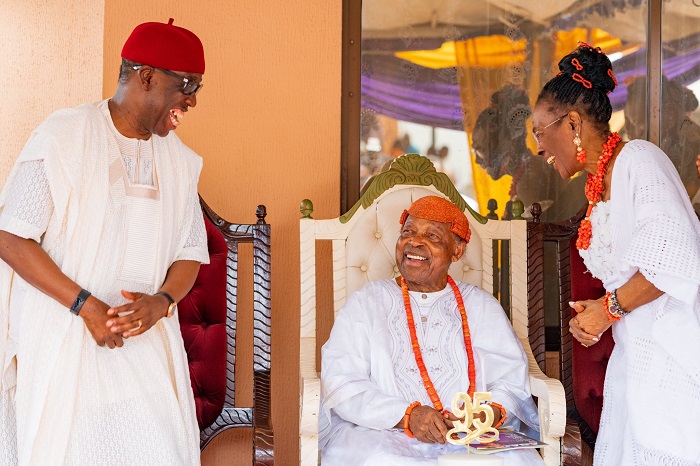 Asagba of Asaba at 98: He’s a scholar per excellence, bridge-builder – Okowa

In a statement by his Chief Press Secretary, Mr Olisa Ifeajika, in Asaba, Okowa stated that the monarch, a distinguished medical scholar and teacher, had since ascending the throne, provided purposeful leadership for his people and residents of Asaba, the state capital.

He remarked that Asaba had, under Edozien’s traditional watch, recorded a quantum leap in urbanization espoused in population and development in infrastructure and other trappings.

According to the governor, Professor Edozien has over the years contributed immensely to making Asaba comfortable and hospitable for all Nigerians.

He said that the Asagba truly deserved to be celebrated for attaining 98 years, and in good health, noting that the anniversary was momentous and enviable.

He joined the royal family and entire people of Asaba at home and in the diaspora in celebrating the nonagenarian monarch on the landmark in his journey of life, and affirmed that the Asagba was a “scholar per excellence, bridge-builder and elder statesman.

Okowa prayed that God would continue to bless the renowned traditional ruler with great wisdom, good health and strength to continue to lead the people of his kingdom.

“On behalf of the government and people of Delta, I warmly celebrate with His Royal Majesty, Obi Professor Chike Edozien, the Asagba of Asaba, on the occasion of his 98th birth anniversary.

“We pray that the Almighty God will continue to grant you more wisdom and divine health to continue serving mankind,” he stated.