No fewer than 104 people kidnapped by bandits in Katsina State have been rescued, the government said on Thursday.

The state governor, Aminu Masari, explained that the government achieved this in collaboration with the Miyetti Allah Cattle Breeders Association, MACBAN, the Nigerian Police, the Nigerian Army, the Nigerian Air Force, the Department of State Services (DSS), and other security agencies in the state.

He made the remark shortly after he received a batch of 77 rescued persons escorted to the Katsina Government House by the heavily armed security operatives.

Katsina State Governor, Aminu Masari, with some of the rescued abducted persons at the Katsina Government House on January 7, 2021. 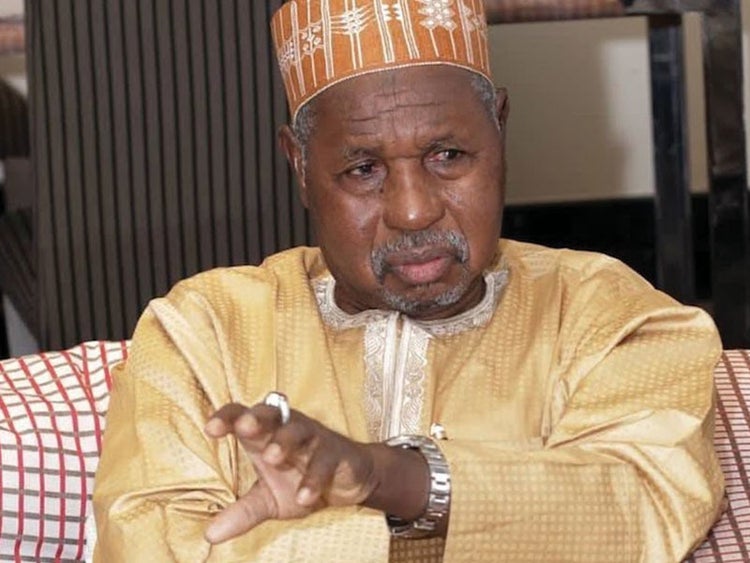 Governor Masari noted that out of the 104 people rescued, 16 came from Sabuwa, Faskari and Dandume areas, 10 were from Danmusa, and the remaining 77 people came from Batsari and Jibia.

He stated that their rescue was in continuation of an exercise which started with the recovery of the recently abducted 344 students of the Government Science Secondary School in Ƙankara.

“We saw an opener and we are working with the leadership of Miyetti Allah Cattle Breeders Association in cooperation with the police, the army, the DSS, the air force, and other security agencies to bring back as many of the kidnapped victims as possible.

“The process is ongoing, we are doing this as quietly as we can to make sure that nobody is harmed and further kidnapping is stopped,” the governor said.