The Kaduna State Government, on Tuesday said bandits have killed six persons, leaving one injured in Igabi and Kauru Local Government Areas of the state. 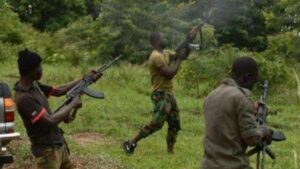 The Commissioner for Internal Security and Home Affairs, Mr Samuel Aruwan disclosed this in a statement on Tuesday in Kaduna.

He said: “six persons have been killed in isolated banditry incidents occurring in Igabi and Kauru local government areas, as reported by security agencies. 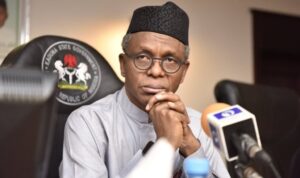 “In  Igabi local government area, the bandits barricaded the Birnin Yero-Tami road,  and killed one person; one person was left injured and is now receiving treatment in a hospital.

He said Gov. Nasiru El-Rufai had extended his condolences to the families of those killed, while praying for the repose of their souls.

Gunmen have stepped up their evil trade in the north in recent weeks, kidnapping students, ambushing commuters and raking in millions of naira in ransom, almost unchallenged. Kaduna, Niger, Zamfara have joined already terror-infested states of Borno and Adamawa in the unrelenting attacks by the terrorists.

Stop the blockade of food stuff from ...