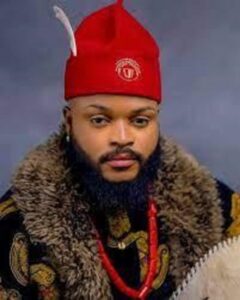 Whitemoney, got the money

And it came to pass that after 72 days in a palatial house called the Big Brother House, a certain Hazel Oyeze Onou, popularly called Whitemoney, out of 26 inmates of the House emerged winner of this year’s edition of Big Brother Naija (BBNaija) reality show. Multichoice, organisers of the programme had tagged this year’s episode (Season 6) Shine Ya Eye, a popular pidgin English phrase in Nigeria meaning ‘Be smart, look before you leap, be perceptive’. 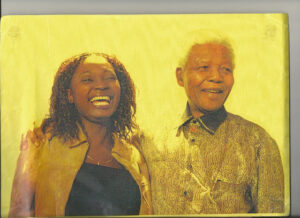 Since the Big Brother reality franchise hit the TV screen, first in Europe, and now in other parts of the world, it has morphed into a huge brand. The brand, Big Brother, was a 1997 creation of John de Mol, the billionaire TV producer. It was first broadcast in The Netherlands in 1999 before continental and national syndications followed. Africa caught the bug in 2003 (Big Brother Africa). Produced by Endemol and hosted by MNet in South Africa, it registered an instant resonance with youths across the continent.

The first Africa edition was won by a stunning, dashing Cherise Makubale. She bested 11 other contestants after co-habiting for 106 days. Though housemates go into the Big Brother House in hope to win the cash prize, some have won other ‘prizes’ including fame, love, even marriage. Meryl and Mwisho of Big Brother Africa 2010 found love in the house and pulled off a pre-marital stunt when they got engaged in the house. And they have been married ever since, with kids.

Cherise was a sensation in the House, just like Whitemoney. A poor Zambian girl, 24, at that time and with little education. She was the queen of chores. She handled chores in the house including cooking with effortless finesse. Whitemoney walked the same path; a man so good in the kitchen to the open acclamation of other housemates. They both stayed ‘clean’ throughout their stay in the house. No lewdness, no open show of immoral perversion. They kept it clean, avoided trouble even when provoked.

Ahead of the grand finale, she said she would buy her parents a house if she won. Footages from her home in Zambia showed a remarkable ensign of poverty. It’s the picture of a family that really needed rehabilitation. So, when Cherise, who won many hearts across Africa with her homely and comely disposition, won the $100,000 prize money, she bought two houses in Kitwe, Zambia. She was smart to also invest in herself. She would later proceed to the United Kingdom to purse university education. She’s currently in the UK where she got married. But the poor former procurement officer before going into the Big Brother House did not forget home. She currently runs the Cherise Makubale Foundation, which in partnership with other organisations, helps vulnerable and poor kids. Cherise won because she upheld certain values while in the house. Viewers considered her genuine, charitable, hardworking and of high moral rectitude, unlike some of her housemates who got bitten by the lust bug.

But Big Brother as a reality TV series was never meant to appeal to ‘moralists’. It was conceived as an adult programme (Marked 18+), it meant that persons below the age of 18 should look away. Despite this caveat, the show hit a new high in TV viewing with both adults and infants manifesting traits of addiction. There was public outrage from across Africa but the promoters stood their ground. And it was only a matter of time, young and old, great and small started fantasizing about the programme that provided them a fleeting escape from the frustrations visited on them, especially the younger generation, by poor leadership across Africa. And it was no surprise that it keeps amassing millions of viewership for each episode. Now decentralised in Africa, the promoters have targeted certain countries with the franchise. Big Brother Naija is clearly one of the biggest and most profitable on the continent.

This year’s Nigerian edition obviously crashed the ceiling. Mr. John Ugbe, (by the way, congratulations on your election as President of Broadcasting Organisations of Nigeria, BON,) the Managing Director of MultiChoice, parent production company, said this year’s show recorded over 1 billion votes from its different voting platforms. He also revealed that they spent N4.3 billion in producing the show.

This year’s edition also threw up a tinge of novelty in its sponsorship. The two major sponsors were hitherto unknown players in the Fintech space. The headline sponsor of the show was Abeg, a peer-to-peer social payment platform that allows you to send and receive money while the associate sponsor was Patricia, a payment solutions company that has demystified the cryptocurrency puzzle. Both companies are owned by Nigerians. Patricia is promoted by 25-year-old Hanu Fejiro Agbodje while Abeg is promoted by 28-year-old Dare Adekoya, techpreneur and programmer. Both shelled out billions of naira to sponsor the show. Both Adekoya and Agbodje are under-30s. In the wild, weird days of SARS (Special Anti-Robbery Squad), both could be picked on the street as Yahoo Boys for their natty looks.

Lesson: Times have changed. The youths rule the roost. Two smart Nigerians in their 20s, playing in the tech ecosystem, have achieved what many ‘big’ organisations in other sectors could not achieve in multiple lifetimes.

For emerging overall winner, Whitemoney  got a total of ₦90 million grand prize broken down to ₦30 million cash prize, cash in Abeg digital wallet, bitcoins courtesy of Patricia, a two-bedroom apartment courtesy of RevolutionPlus Property, a sleek SUV from Nigerian automaker, Innoson Motors and a trip for two packaged by Travelbeta.

Whitemoney arrived the stage and told his story in a raw, no-pretence manner. Just like Cherise, he had a past of turbulence which captured the lives of all struggling Nigerian youths: former driver, hawker of jewelry and hair products, food vendor, barber, car seller, slum and under-bridge dweller, telecom mast installer to importer of shoes. He was a total package of the African child who rode through the sharp blades of life to become a source of joy and hope to many. While the show lasted, some Nigerians put up strong reasons why it should be banned. They have a point. But they should also consider that viewing the BBNaija channel is not compulsory. They have other ‘purer’ channels. Again, critics of the show should remember that BBNaija did not crash the value of the naira; it’s not responsible for the bad governance that has kept Nigerian economy shackled. It’s not the reason why roads in Nigeria are terrible and unsafe, even worse than the road to hell.

Critics of BBNaija should direct their venom at leaderships at the various tiers of government. They should be bothered that whereas Nigerian politicians are frustrating ordinary electronic transmission of election results which will help clean up the usually fraudulent electoral process, BBNaija organisers used the same electronic means to conduct voting and collation of over one billion votes effortlessly.

In a country with very high unemployment rate, intolerable insecurity, dysfunctional infrastructure, and general anomie created by years of bad leaderships, BBNaija provides an escape route for the frustrated masses, especially the youths and women. Critics of BBNaija should worry more about the merchants of pain called political elite than a TV show they are not under compulsion to watch.

And congratulations to Whitemoney, the man who, like Cherise, upheld the true African spirit of homeliness, hard work, determination and humility. Both winners had no university education prior to coming into the Big Brother house but they showed flashes of brilliance and cognitive intelligence to outshine the competition.