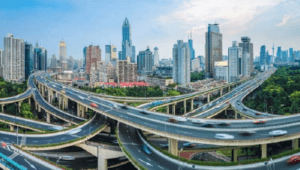 Bonafide indigenes of Lagos State, Chief Olabode George, Rtd. General Tajudeen Olanrewaju, and Mr. Gbadebo Dallass, all frontlines leaders of pan-Lagos group, Ọmọ Eko Pataki, have sent out a strong message to those who have usurped powers in the state and looted its treasury.

And the message is clear: Your days are numbered, your end is near. Below is their message in full:

The Usurper, the Collaborators and the Echoes of the End.

Somewhere in a gilded opulence, far in the deepest recesses, distant from man and nature, unseen by the paid cheering circus, there is a man huddling  in some hapless solitude. There is a man without  laughter, without a friend in the passages of power.

Here, there is no intimation  of warmth or contentment. Here, there is no mirthfulness nor celebrative  hurrah. But there  is a deepening,  sobering contemplation, a dark withdrawal into a vitiation of a reckless, broken ambition.

The grandeur of old is gone. The odious accoutrements of power, the chest-beating omniscient delusion are being trashed into the dump site of a fading past.

In gradual,  dizzying paces, the empire of straw is crumbling. The hallelujah chorus of yesterday has dissipated. The thronging of time-servers is now silent. The troops of unprincipled  cheer-leaders are gone, scattered in all winds.

There is now desolation, grief and mournfulness in the house of wealth.

Gaiety  is  gone save  dejection and woe as  the hunched, buried frame of  a shattered man  confronts and contemplates a closing chapter of a tragic end .

Despite  the obscene riches, despite the tawdry  acquisitions, despite  all the mighty trappings of untidy power, nothing can save the Usurper now. His time is up.  He is alone, solitary and sad, struggling with the deserved vicissitudes of fate, overwhelmed by the very crucibles he had provoked.

Gone is the fake ardor  of old. Gone is the feigned, fawning , cheering hordes of sycophants. Gone is the scripted drama of embrace, the lionization of the man of straw.

Now the table has turned. The cycle  and the twist of fate have dealt the Usurper  a wrong hand. His terminus has come. His denouement and mockery are now  athwart the land.

Alas, he has violated all ethical balance, exploited the natives, appropriated  all prime land holdings  in sickening, obscene,  mercenary exploitation .  He seems as one indifferent to caution, contemptuous of  the chastening lesson of history, scoffing at common sense and moral restraint with the reckless hubris of one hurried to a destined ruination.

He is presently bewildered  even as the sole administrator of a conquered realm ;  ordering, decreeing, putting effete , illiterate minions in positions of influence, brazenly widening the cult of nepotism,  sponsoring hungry courtiers to dominate public administration, installing stooges on sacred traditional stools, flinging the natives to the wilderness of irrelevance and servitude.

The historical City Hall, once a pride of place of democratic debate and the premier local government administration, is gone; swept into the crass abyss  of commercial greed and mercantile wheeler-dealer. The old Nursing Hostel , the Local Government Secretariat at Glover in  Ikoyi, and several other state holdings have been brazenly appropriated .

Everywhere, cronyism, nepotistic largeness and the ogre of prebendalism   are the   new normal. Greed is now the defining standard.

The Kuramo waters , Alpha Beach, Elegushi Beach and all the coastal stretches from the Bar Beach to Ẹpẹ are wiped out in a frenzied, unthoughtful sandfilling.

And tax collecting firms are now richer than the denuded state !

All these are  happening before our very eyes. Hardly a voice is raised. Hardly a protest is heard from the young and especially the old who are somehow contented with their chains.

We reject outright the lunatic looting spree of our collective coffers. We will never be silent before the face of evil. We refuse to be cowed or be complicitous  with the tools of oppression. We will not relent in our advocacy for justice and equitable balance in the governance of our state.

To the Usurper and his collaborators, we advise that they should take cognizance of the unfailing trajectory of history.

All beginnings must have an end.

The Fuhrer at the height of his madness , when the Teutonic fury swept across the cities and the steppes of Europe, once boasted of a Reich that would last a thousand years as he decimated the Jews, sowing deceit,  discord and hate  and assumed an omnipotent  latitude.

But see what happened to him. The Reich was shattered within twelve years with Hitler a broken, forfeited man as his lieutenants flung into all winds, hurrying in wild disarray for personal survival.

But Justice has a long, infinite reach. All the collaborators were collared, hauled into Nuremberg, driven to the hangman’s noose and the stake.

The roll call of infamy: Hans Frank, Alfred Rosenberg, Ernst  Kaltenbrunner, Joachim Von Ribbentrop, Fritz Saukel, Alfred Jodl, Willemstad Keitel, Arthur Seyes -Inquart and Heinrich Himmler who cheated the hangman by swallowing cyanide. Goebbels, the arch propagandist, earned a long term incarceration and died a broken man. Rudolf Hess, the Deputy Fuhrer ended a miserable life at Spandau prison. Hitler himself put a bullet to his own temple in the flaming bunker of Berlin as the Allied Powers closed in .

As the battle lines are now defined,  as the grapple with the oppressors in the liberation of Lagos from the current servitude enters a phase of critical divide between light and darkness, between the conscionable and the contemptible peripheral actors who crawl in the outpost of feigned relevance, unconscionable characters who would mortgage their heritage for wretched crumbs from the taskmaster’s table- we now speak to those  narrow men of the hour who have eclipsed their humanity for transient advantages.

Little men who  yet huddle pitiably in  penurious  orbit, waddling in the disreputable shadows, wheedling in unspeakable sycophancy,  contracting their birthright for survival, mortgaging their ancestry to serve the dark hour.

Cease and join the good fight !

Lest you are stranded and abandoned by the ship of liberty,

In the muted corners and in the private hearths, in the quiet of the night and in  the broad light of the early morn- stand up and break your chains !

Silence is not the answer. It is no longer fashionable to plead extenuating circumstances.

Let us go forth and grapple with the vain oppressor who having  enslaved a state inexplicably still seeks to govern a nation. It’s a pipe dream. It will never happen.

His terminus is fast approaching . There is a dark cloud in his firmament.

Pray,  where are all the treasures of Xerxes of Persia, the riches of Alexander the Great and the massive vastness  of Gold of Mansa Musa ? All transient , forfeited for the living.

On our part, we are resolved and unswerving in our insistence on liberating our state from the cruel clutches of a rabid, ruinous, usurper. We will never be dissuaded. We will never sell the truth to serve the hour. Our cause  is just and righteous.

Moral: “ There  is nothing permanent except change.”