By Admin
40
0
President Muhammadu Buhari has decorated the new Service Chiefs at an event held in the Council Chamber at the State House.

The decoration of the new service chiefs comes after the National Assembly confirmed their appointment. 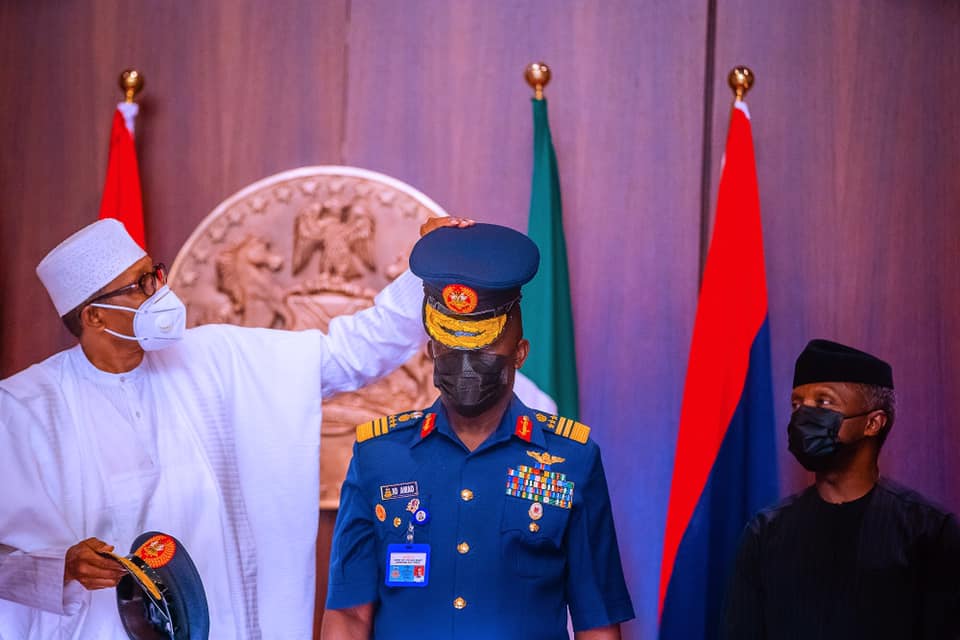 Senate President Ahmad Lawan during the confirmation advised the new service chiefs to take the insurgency war to the terrorists and bandits and dislodge them from their enclaves.

He reminded them to be conscious of the fact that Nigerians expect a lot from them to address the security problems confronting the country.

Also, the House of Representatives confirmed the Service Chiefs in February after they were called upon to share their portfolios as well as their visions.

Nigeria accounts for 20% of Africa’s Illicit ...