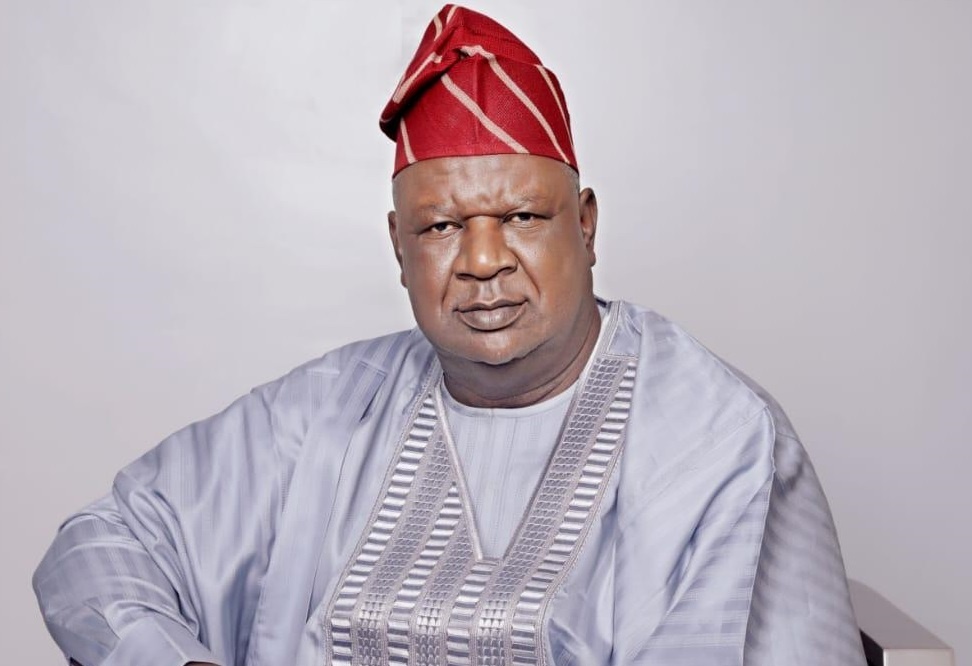 On the occasion of his 61st birthday, President Muhammadu Buhari and ex-President, Dr. Goodluck Jonathan, have extolled the leadership qualities of former President of the Senate, Anyim Pius Anyim. Their verdict: Anyim has all it takes to be entrusted with higher responsibilities in the future.

In their remarks at an event in Abuja to honour Anyim on the occasion of his 61st birthday, they described the former Secretary to the Government of the Federation, SGF,  as a humble nationalist who sees the entire country as one united constituency.

President Buhari, who was represented by the Secretary to the Government of the Federation, Mr. Boss Mustapha, said that at various times while serving in different capacities, Anyim rose to the challenge of leadership by putting the nation first.

He said: “Senator Pius Anyim is a patriotic Nigerian who always puts his nation first and he is one of stabilizing voices we have today in the politics of our country. This he has demonstrated in a number of times, but the one that stands out and still echoes with me was his insistence that elected officers should always stay a single term and he kept to his word by not seeking for re-election to the Senate, after the expiration of his first term as Senator and Senate President in 2003.

“That many Nigerians cutting across various political divides are gathered here today to celebrate you is a glowing testimony of your contributions to the growth of our nation and its political development,” Buhari stated.

Buhari added that the experiences garnered over the years by Anyim places him at a vantage position to seek a higher political office.

Speaking  for himself, Mustapha said: “Let me say on a personal note, as the current and 19th SGF that I have drawn a lot from the wealth of wisdom that has been the source of strength and the endowment that Senator Anyim has brought to the fore of governance in this country. We don’t often meet but whenever we meet, we share knowledge about the responsibilities of the office and the enormity of the act of balancing contending forces and interests, that is always vested on any occupant of that office.

“And I want to thank you (Anyim), for the wealth of experience and the depth of knowledge that we have. I made bold to say whoever had occupied the Office of the Secretary to the government for four years In an evolving democracy like Nigeria, with diverse contentious issues, is capable and able to occupy any office,” he added.

To Jonathan,  Anyim was a unique leader who never allowed the allure of office to get into his head.

Jonathan said the number  and diversity of people gathered at the International Conference Centre to honour Anyim was an indication of the trust Nigerians reposed in his years after leaving the office as Secretary to the Government of the Federation.

“Some people are very busy and on most Saturdays, some people don’t like to wake up early. For you to have gathered these numbers as early as this time today means a lot.

“We thank God for you today, your wife, your children, all your friends, with all of us here your friends, otherwise, we wouldn’t have been here to celebrate you today. You are a Government somebody that I know a little.

“You were the Senate President when I was the governor of Bayelsa state and I remembered you visited me in the house one day and of course by divine providence, you became the engine of my government as my Secretary to the government of the Federation.

“The first day I became President, Anyim Pius Anyim wanted to be chairman of PDP and he came to me with a lot of dreams and we spoke. I may not bother you with details but he was never the chairman of PDP.

“When he became the Secretary to the Government of the Federation, he did not even come to me with a biscuit but we found him worthy as a Nigerian that had experience in managing systems, managing issues and also somebody who had friends across the country and when we were looking at the person we wanted to be the Secretary to the Government, of course, we wanted somebody from the South-East because PDP then normally made sure that every geo-political zone had one key office. Now, we don’t have enough people, so we don’t have that.

“Now it is difficult to package that because even the All Progressives Congress, APC doesn’t have that kind of spread. So, it is difficult to get that package. That was very unique and it was a good way of accommodating every section of the country.

“And so we zoned the Secretary to the Government to the South-East. We looked at our brothers and sisters, the characters, and they were very nice people. They had many competent people but let me say that it’s like the lot fell on Anyim Pius Anyim and we made him the Secretary to the Government. And I don’t regret committing him. He is a very hard working young man, committed to serving this nation and I believe if he has the opportunity to serve more, he can do better,” Jonathan said.

He continued: “Today, we are celebrating a young man but you are getting old now. At 61 years, you are no longer very young but you are willing to serve and as somebody who has served at the parliament as a Senate President, at the executive level as the Secretary to the Government of the Federation, it is quite tasking.

Former Vice President, Namadi Sambo said of Anyim: “His leadership stabilized the Senate and we must be grateful for that. He was a team player who worked towards a prosperous nation. He can be trusted with higher political responsibility in the future.”

Former Minister of Justice and Attorney General of the Federation, Bello Adoke in his goodwill message described Anyim as ‘a team player, a humble leader that is always ready to take on any task for the good of his country.”

Anyim’s birthday attracted the high and mighty from different political parties  and across the nation, a testament to his nationalistic credential.