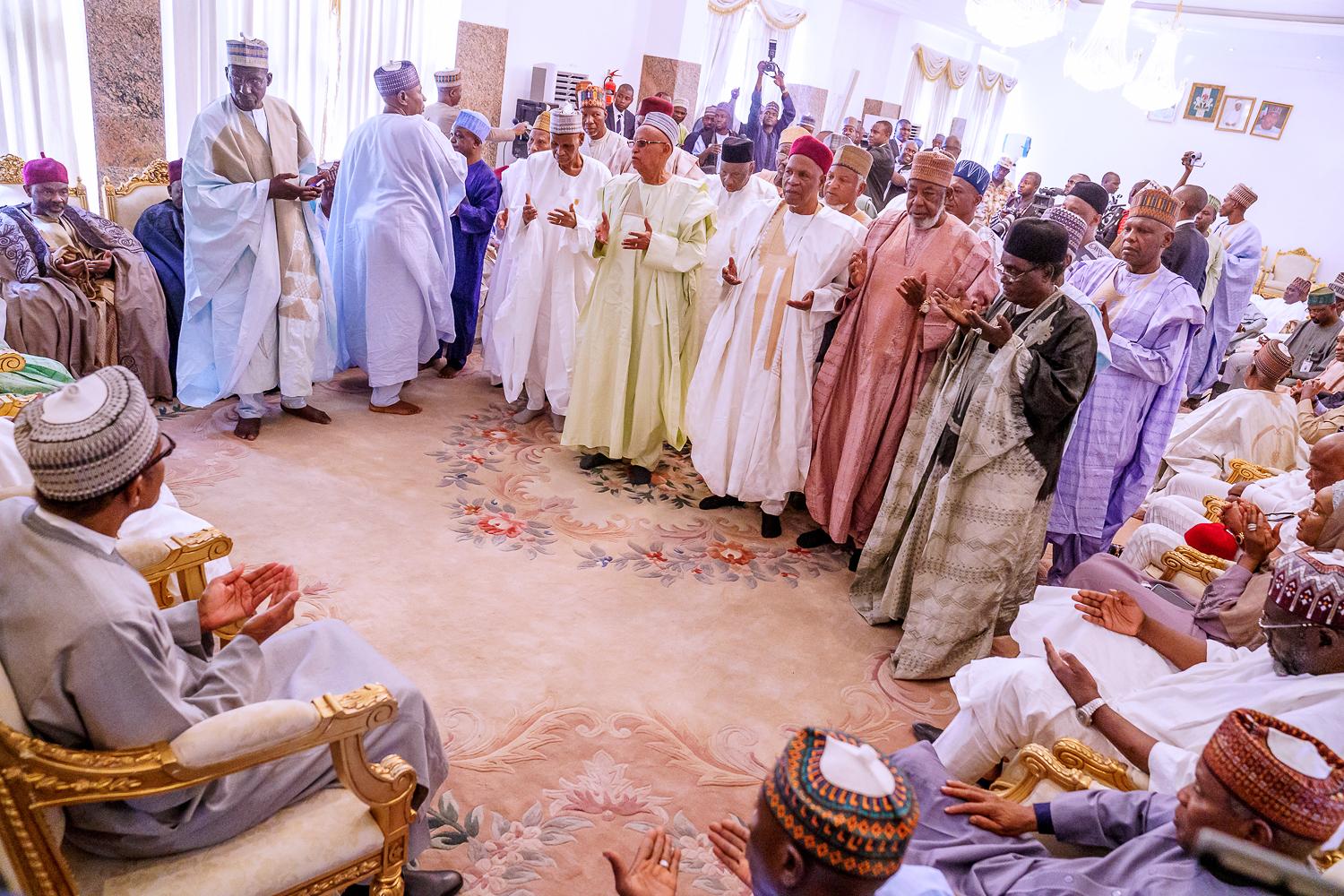 Buhari at Shehu of Borno Palace

The Presidency on Sunday, said that President Muhammadu Buhari’s recent visit to Borno State shows that he is still very popular and accepted, adding that residents appreciate what he has done in tackling insurgency in the North-East.

President Buhari was in Maiduguri on Wednesday on a condolence visit, following attacks by Boko Haram which claimed many lives at Auno in Konduga Local Government Area of Borno State.

During the visit, President Buhari paid a visit to the State Governor, Babagana Zulum, the Shehu of Borno, Alhaji Abubakar El-Kanemi.

According to Special Adviser to President on media and publicity, Mr Femi Adesina who was on Channels Television Politics Today, the crowd that received President Buhari was a huge one and the few dissenting voices do not call for worry.

“We don’t see it as a rejection; if you look at those who came to welcome the president from the airport to the palace of the Shehu of Borno, it was a huge crowd”.

“Some 90 to 95 per cent were waving brooms and welcomed the president; some dissenting voices in a large crowd like that do not call for worry, its normal in a democracy”.

On the war on insurgency, Mr Adesina explained that President Buhari is concerned because he took an oath to protect lives and property in the country.

“There may be some reversals of the gains made, but then those gains can always be made again. The President should be worried, he took an oath to protect the country so if we see lives and property being lost wantonly, the president must be concerned and he is.”

President Buhari had expressed surprise that Boko Haram insurgents have continued to launch attacks on communities despite the huge budgets expended on the counter-insurgency operations in the North-East.

The President said it amazes him that Boko Haram still survives, does it mean he is then surprised that Boko Haram is there? No, it’s a narrative that some people are deliberately pursuing because it feeds their vile agenda.

According to the President, operations against the insurgents will not be successful if the people do not cooperate with the military and other security agencies.