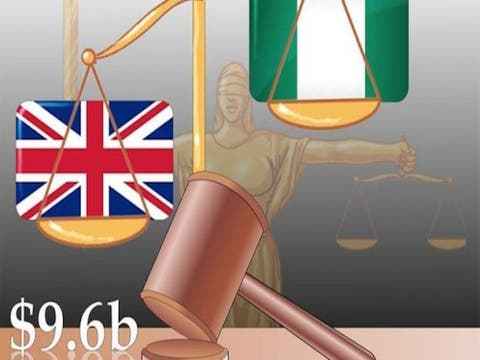 Lawyers for a British Virgin Islands-based company that owed Nigeria $11 billion over the collapse of a gas processing project rejected on Tuesday Nigerian allegations that it bribed senior officials to secure a lucrative contract.

Nigeria is trying to overturn a Process & Industrial Developments (P&ID) award of billions of dollars in damages that was awarded by a London arbitration tribunal in 2017.

The West African oil and gas-producing nation was found guilty in 2015 of breaching a 20-year gas processing contract awarded to P&ID.

Two years later, P&ID was awarded $6.6 billion for lost profits, a sum that has since ballooned with interest to just over $11 billion, representing about 30% of Nigeria’s foreign exchange reserves.

An eight-week trial began Monday in London. The high-stakes case has generated considerable interest among Nigerians.

On Monday, Mark Howard, representing Nigeria, told the High Court in London that P&ID got its contract ‘by telling repeated lies and paying bribes to officials’ and then ‘bribed’ the lawyers Nigerians to obtain confidential documents in the arbitration.

Company lawyer David Wolfson told the court on Tuesday: “None of Nigeria’s allegations…provide a justifiable reason to set aside the award. There was no bribery or perjury. , nor corruption”.

He argued in court papers that challenging the arbitral award was “just part of (Nigeria’s) relentless and politically motivated campaign to destroy P&ID and anyone and everything associated with it.”