Commentaries
Home›Commentaries›CAMA 2020: Between the letter and the spirit

CAMA 2020: Between the letter and the spirit 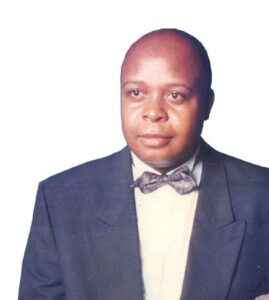 The presidential assent to the amended Companies and Allied Matters Act 2020 (CAMA 2020) in early August has expectedly drawn diverse reactions from stakeholders. The reactions range from the very mild to very intense and passionate across the divide of proponents and opponents of the act. Those opposed to the act, notably the Christian community and Civil Society Organizations (CSOs), have been much more vocal than its supporters. The opposition by Muslims is subdued in a seeming wait-and-see attitude. Some sections of the business community — the main focus of the act — seem to welcome it as an extension of the ease of doing business paradigm.

Of the 870 sections of the 604-page document, the most contentious are Sections 823 to 839 which focus on Not-for-profit organizations including churches, mosques and Civil Society Organizations (CSOs). These sections deal with registration, appointment and removal of trustees, income and assets of such organizations.

Though not entirely opposed to some form of regulation by government, the Not-for-profit organizations question the propriety of opening up their books and submitting audited financial statements to the government even when they do not receive any funding from government. In his staunch defence of the act, the Registrar-General of the Corporate Affairs Commission (CAC), Alhaji Garba Abubakar, told a group of journalists last month amid the growing controversy that submission of financial records and other CAMA 2020 requirements were imperative. The news reports quoted him as saying: “The law says once you submit yourself by accepting to register with the CAC, you are bound to obey all its laws as well.”

The Presidency also responded to the issues raised over CAMA 2020 through the Special Assistant to the President on Niger Delta Affairs, Senator Ita Enang. During a visit to the President of the Christian Association of Nigeria (CAN), Rev. Dr. Samson Ayokunle, Enang told the umbrella Christian body that the only option was to sponsor a bill to amend the act. CAN’s Director of Legal Services, Comfort Chigbue, responded with a request to President Muhammadu Buhari to suspend the implementation of the act and “affirm thorough reappraisal of the legislation” to ensure conformity with the provisions of the 1999 Constitution (as amended) and other extant laws. She noted that from the reactions of stakeholders, the act may not have received the inputs of stakeholders or failed to accommodate such views at the enactment stage.

The church’s opposition to CAMA 2020 is anchored on the implied infringement on the freedom of worship guaranteed by the amended 1999 Constitution and the powers conferred on the CAC to interfere in the affairs of the church on the flimsy excuse of vaguely defined “national interest” or other ambiguous grounds. The leaders also contend that the church is a divine institution and not a government agency where the powers that be can appoint or remove board members at will. If allowed to be, CAMA 2020 also has the potential of externalizing minor grievances contrary to Biblical injunctions. Jesus warned against such in His admonition to the apostles in Matthew 18:15-17: “Moreover if your brother sins against you, go and tell him his fault between you and him alone. If he hears you, you have gained your brother. But if he will not hear, take with you one or two more, that by the mouth of two or three witnesses every word may be established. And if he refuses to hear them, tell it to the church. But if he refuses even to hear the church, let him be to you like a heathen and a tax collector (unbeliever).”

The issue of the letter of the law — the fine points of law and the technicalities — may be resolved through a National Assembly amendment or judicial intervention if and when the aggrieved stakeholders decide to challenge the act in court. But the question of the spirit of the law — the true intentions of the executive arm of government — may not be easily or quickly resolved. The opponents of the law have long-standing reservations about the sincerity of the government, the timing of the act and the controversial human rights antecedents of key members of the current federal administration. CAMA 2020 comes after previous botched attempts to legislate on Non-governmental Organizations (NGOs). An earlier bill had sought to establish a commission to regulate the activities of NGOs but it was shot down after a strong opposition at the public hearing. There had also been an earlier attempt by the Financial Reporting Council of Nigeria (FRCN) to impose a governance code on religious organizations which required all heads who had been in office for 10 years and above to relinquish their positions. Had that happened, close to 70 per cent of serving General Overseers, Superintendents and Senior Pastors would have been forced to step down. The widespread uproar against the move led to the sack of Mr. Jim Obaze, the then head of FRCN and the suspension of the plan. CAMA 2020 is perceived by the Christian community as a more draconian but subtle attempt to upset church leadership and development.

Another case in point is the Hate Speech Bill which is now apparently in the limbo. It was seen by the human rights community as one of the anti-free speech machinations of the government. Though it got to the National Assembly as a private bill through a little known legislator, the government used every available platform to canvass support for it. Only recently, the fine for “hate speech” broadcast was hiked from N500,000 to N5 million which was swiftly slammed on a station for airing an interview the government considered critical.

While most, if not all, not-for-profit organizations are opposed to CAMA 2020 in its present form, the Christian community has more deep-rooted concerns about the true intentions of government and the long term implications of the act if implemented. It is noted, for example, that the various stages of its formulation, implementation and evaluation are almost exclusively overseen by Muslims. Many wonder if CAMA 2020 could have have acquired its present contentious form if the leadership of the two chambers of the National Assembly had been evenly shared between the two major faiths.

Whichever way the CAMA 2020 pendulum may swing — amended, suspended or redrafted to exclude religious organizations — the government would need to re-establish trust and assure the Christian community in particular that there is no covert government policy to undermine their faith. CAMA has accentuated the fears of Islamization that has been consistently alleged since the advent of the current administration. In a world where the church has inadvertently assumed the role of watchdog, it is also up to the government to reassure the global community that citizens are not being systematically robbed of the freedoms inherent in a true democratic governance in a plural society like Nigeria.