The Vatican has clarified that Catholics can take the Johnson & Johnson COVID-19 vaccine even if it was the only vaccine available. 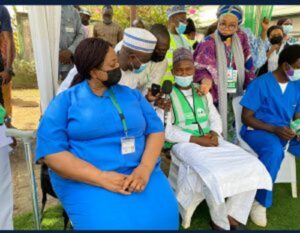 Some Catholics have expressed reservations about the Johnson & Johnson vaccine due to a cell line from an abortion being used in its production. The Catholic Church abhors abortion and strongly preaches against it.

However, the Vatican has cleared all the fog and confusion. It says Catholic teaching is clear: Catholics have a moral duty to protect themselves and others from COVID-19 by being vaccinated.

However, if given the choice, they should avoid the Johnson & Johnson vaccine, says the Vatican and the U.S. Conference of Catholic Bishops.

But should they choose not to be vaccinated, they have a moral duty to mask, socially distance and “do their utmost” to avoid becoming infected or infecting others, the Vatican said.

“The local bishop is taking a harder stance than either the U.S. Council of Catholic Bishops or the Vatican,” said Dr. G. Kevin Donovan, a Catholic bioethicist at the Pellegrino Center for Clinical Bioethics at Georgetown University Medical Center.

A week ago, however, the Bismark Diocese walked back its initial hard line.

“The Catholic Church’s concern about the Johnson & Johnson vaccine is that it is morally compromised as a cell line from aborted fetal tissue was used in its development and production. As the U.S. Bishops’ statement on the Johnson & Johnson vaccine indicates, it is possible to receive it in good conscience if given no other choice, but it should be avoided if there are alternatives (like Pfizer or Moderna) available,” said Father Robert Shea, Diocesan Ethicist for Health Care.

The explanation by Vatican and the U.S. Conference of Catholic Bishops is expected to douse fear expressed in some quarters among devotees of the Catholic Church.