CBN AND CRYPTOS: DEFENDING THE FINANCIAL SYSTEM AND ECONOMY 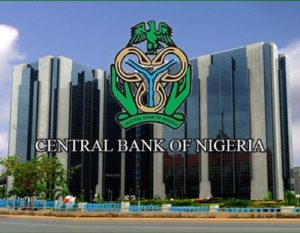 After the 2008-2009 global financial crisis, central banks became more strategically sensitive and agile about the architecture of their financial systems. They became more alert to recognize changes in the global financial landscape and act more swiftly as appropriate to forestall undesirable consequences.

Central Bank of Nigeria (CBN) places financial system stability on the front burner. The Bank had developed a framework and tools for managing factors that create liquidity shocks with zero tolerance on practices that undermine the health of financial institutions.

Recently CBN prohibited deposit money banks, non-banking institutions and other institutions from facilitating trading and dealings in crypto currencies. A crypto currency is digital money; a type of currency which uses digital file as money. It has ‘’decentralized control’’ which imply that it is not controlled by one person or government.

There are more 6000 different crypto currencies that are traded publicly. Some of the very notable ones include Bitcoin, Ethereum (ETH), Litecoin (TCC), Dash, Ripple and many others. The total value of crypto currencies as at February 2021 reportedly stood at $1.6 trillion. Crypto currencies are said to be in high demand because of ease of use. ‘’All it takes is just to get a smart device, an internet connection and instantly you become your own bank, making payments and money transfers.’’

According to a media report, ‘’more crypto currency trading goes on in Nigeria than almost anywhere else in the world, which is said reflects a loss of faith in more traditional forms of investment. And that 32 per cent of Nigerians use crypto currencies, the highest proportion of any country in the world.

CBN Governor, Godwin Emefiele noted that the prohibition was in the best interest of the financial system and depositors. According to Emefiele, ‘’crypto currency has no place in our monetary system at this time and crypto currency transactions should not be carried out through the Nigerian banking system.’’

He further noted that crypto currency operation was opaque, unregulated and dangerous. And that it contravened an existing CBN Act(2007) which made CBN the issuer of legal tender in Nigeria, made it suitable for the perpetuation of illegal activities such as money laundering, terrorism financing, purchase of small arms and light weapons, and tax evasion.

Aligning with CBN’s policy, some experts have also warned that crypto currencies may not be that safe, and advised people to steer clear of them. They noted that, unlike proper currency, crypto currencies lack stability, have price volatility and exposes investors to theft.

A notable billionaire investor, Warren Buffet, reportedly called crypto currency a ‘’mirage’’ and noted that ‘’it does not meet the test of a currency’’. He added that ‘’it is not a durable means of exchange, it’s not a store of value and I can say almost with certainty that they will come to a bad ending.’’