By Admin
244
0
A General Court Martial (GCM) sitting in the nation’s capital, Abuja has sentenced a soldier serving with the Nigerian Army to 55 years in prison for culpable homicide, theft and housebreaking.

He pleaded guilty to the four-count charge preferred against him and was sentenced in line with the provisions of the Armed Forces Act.

Delivering the judgement, the President of the Court, Major General Priye Fakrougha advocated the need for members of the Armed Forces to adhere strictly to rules and regulations guiding the conduct of military personnel in and out of uniform.

While reiterating the determination of the Army under the command of the Chief of Army Staff, Lieutenant General Tukur Buratai, to discharge its constitutional responsibility in a professional manner, Fakrougha warned that defaulters will be made to take responsibility of their actions

“Having listened to the plea of litigation of the Defence Counsel and the submission of the Prosecution Counsel, this General Court Martial finds the accused soldier guilty as he earlier pleaded of all the four-count charges,” he said.

“In this particular case before this court, there is no amount of sentence that will be commensurate to the life that has already been lost. 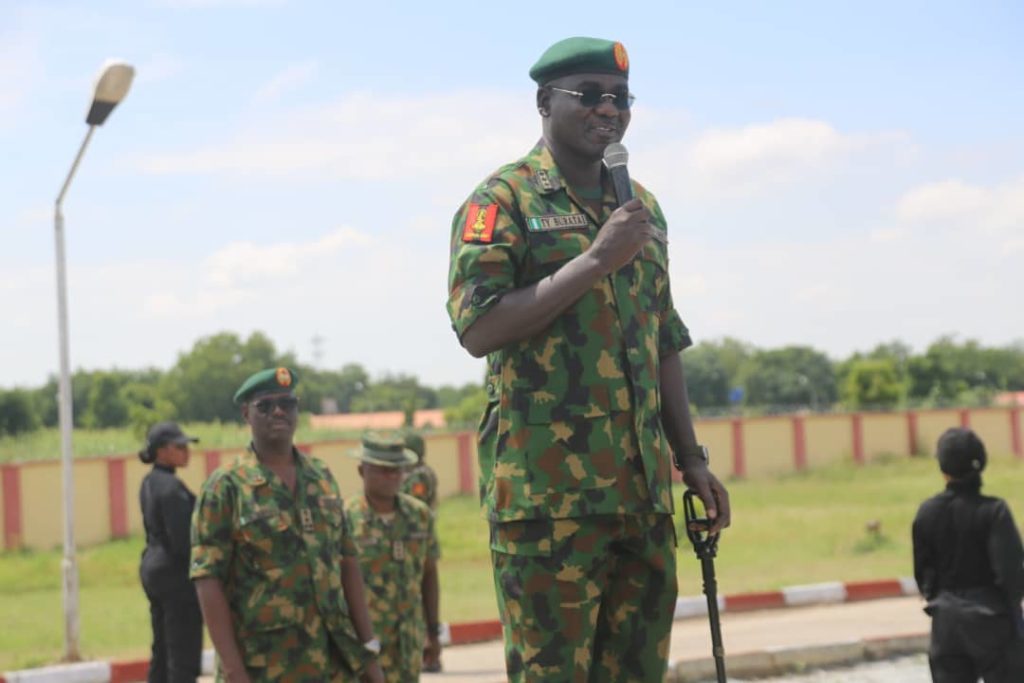 “Count one on culpable homicide not punishable with death contrary to and punishable under Section 224 of the Penal Code CAP P3, Laws of the Federation 2004 be awarded 40 years of imprisonment.

“Count two offence of housebreaking contrary to and punishable under Section 110 of the Armed Forces Act is awarded five years imprisonment.”

Lance Corporal Ibrahim was sentenced to 40 years in the first count, five years in the second, third and fourth counts.

Although the second, third and fourth counts are to run concurrently, the verdict is, however, subject to ratification by the Nigerian Army Council.