By Admin
394
0
The former Director of State Security Service (SSS), Dennis Amachree has called for further investigations of the leaked Customs memo on the infiltration of Boko Haram terrorists around communities in Abuja, Kogi, and Nasarawa states.

He wondered how equipped the Nigeria Customs Service Intelligence is to write on national security, adding that such information should have been sent to the SSS for proper processing.

“I don’t know if the enforcement and the Intelligence Unit of the Nigeria Customs Service is well equipped to write on national security,” he said during his appearance on Channels Television’s Sunrise Daily on Monday. 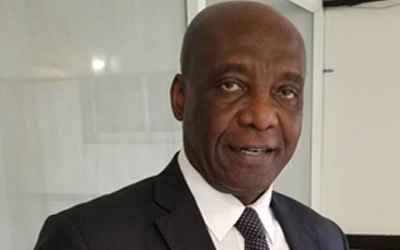 “This is why we say that security agencies should be synergizing. They should have sent it to the SSS, then the SSS would know how to process it appropriately and act on it, whether the letter is of no serious value, although I think it is a very serious value”.

“The SSS will not throw it away because they have to look at it, therefore it calls for further investigations,” he added.

In the leaked memo purportedly issued by the Comptroller, Enforcement Headquarters, H.A. Sabo, in Wuse Zone 3, Abuja, Customs said it had information that terrorists were in Abuja.

The NCS also stated in the notice sighted on Saturday and dated August 20, 2020, that reports had it that the terrorists were planning to attack some selected targets within the territory.

It added that the terrorists had reportedly set up their camps in Kunyan Bush along airport road, off DIA Staff Quarters, Abuja.

But the Defence Headquarters has assured Nigerians, particularly residents of the FCT, Kogi and Nasarawa states, of safety.