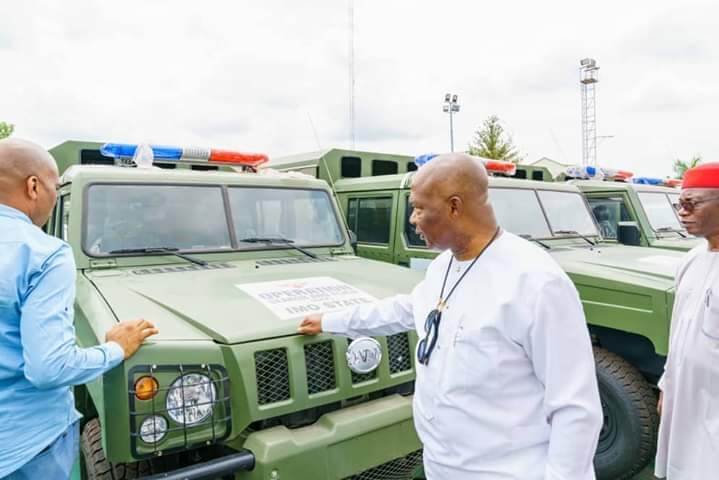 The Imo State Government has described as distasteful and cheap blackmail, the claim by Innoson Motors that the State is owing the company N2.5 billion being cost of the vehicles it supplied some months ago.

The Imo State Government insists that the company’s claims are half- truths, intended to impugn on the integrity of the government for ulterior motives.

Reacting to a threat by the motor company threatening a lawsuit to recover “over N2.5b debt owed” it by the State Government, the  Commissioner for Information and Strategy, Hon Declan Emelumba, deplored the manner Innoson Motors is going about the recovery of the so-called debt.

The Commissioner said the truth is that the government bought vehicles worth over N5 billion from Innoson Motors and has so far paid them N3.5b.

He said contrary to the claim of Innoson Motors, the said N2.5b is actually the balance due from the original value of the purchase, regretting that Innoson Motors, for reasons best known to them,  decided to hide this fact from the public.

Emelumba insisted that the total value of the vehicles supplied was in excess of N5b and that the government has been servicing the debt since then.

He said the management of Innoson Motors was actually the one that breached the contractual agreement with the State Government regarding the sale and maintenance of the vehicles.

According to him, there is a clause in the purchase agreement stipulating the siting of a maintenance workshop in Owerri and a mobile workshop as well, by Innoson Motors, for the maintenance of  the vehicles.

He noted that in spite of the fact that the company breached this agreement, the State Government has been servicing the debt and still maintaining the vehicles, disclosing that more than 70 per cent of the vehicles have already broken down.

He said both the threat by the company and resort to media trial of the government were in bad faith.

“It appears the company is out to rubbish the integrity of the government, otherwise it would not have twisted the facts of the case and published same concerning this honest business transaction, even when it failed to show the public the terms of the contract and the clauses the government breached therein.”

He also regretted that Innoson Motors had not actually exhausted all means of negotiation before threatening the government with a law suit.

Said he: “The mischievous resort to media trial has confirmed that the company is more interested in compromising the integrity of the government rather than being paid its outstanding balance from the contract sum.”

The Commissioner disclosed that although no court process has been served it, the Imo State Government will meet the company in court as soon as a process is served.