Delta will not ban commercial tricycle, bicycle in Asaba – Mrakpor

Delta State Government on Friday said it was not planning to ban commercial tricycle (Keke) and motorcycle (Okada) operations in Asaba. 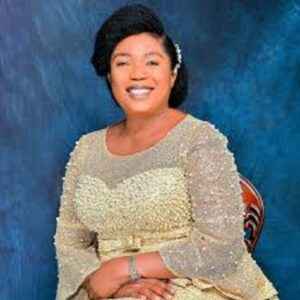 She said that the state government would partner the `Keke and Okada’ union to streamline the operators’ activities to check the new wave of crime allegedly being perpetrated by the use of Keke and Okada in the state capital.

She noted that the aftermath of the #EndSARS protest which led to destruction of public and private property in the state showed that some `Keke and Okada’ operators outside Asaba were the hijackers of the protest.

According to her, the state government will on Monday in partnership with the Keke and Okada Riders Union commence a process of identification of genuine members of the union to ensure security of life and property in the state.

“Government is not planning to ban `Keke’ in Delta and it is not government’s intention to allow crime to thrive by not checking the excesses of the operators.

“Keke has suddenly become a great threat but the real operators in Delta don’t push people out to dispossess them of their belongings. It is strange and it came after the EndSARS protest,” Mrakpor said.

She urged the unionists to streamline, identify their members and report strange and fraudulent operators who hid their identities to commit crime to the authority.

She said that the state taskforce would commence ”Operation Clean up Asaba,” saying that all vehicles, private and commercial, must provide waste baskets for their passengers to avoid littering the state capital.

On his part, Mr Charles Aniagwu, the Commissioner for Information, acknowledged the fact that tricycle and commercial motorcyclists had made good contributions in the partnership with the state government but stressed the need to streamline their activities.

He called on the various unions to support the government in checkmating the criminal elements and bringing them to book to ensure the safety of passengers.

According to him, no Keke rider will come in from the neighbouring Anambra State and other communities to operate within the state capital territory.

“We want to ensure a cleaner capital territory; a 24-hour city life without threat to the people in Asaba.

“In streamlining the operations, we shall define the routes of the Keke operators and also ensure that nobody intimidates the taskforce and the union from performing their roles,” Aniagwu said.

Chief Obi Nzete, State Chairman, Keke and Okada Riders Union, represented by its Financial Secretary, Mr Tony Chukwudi, pledged the union’s readiness to partner the state government in fishing out the criminals among them.

Media must keep away from fake news ...