We don’t want either SARS or SWAT in Edo – Shaibu

The Edo government says it does not want either SARS or SWAT in the State.

The deputy governor Phillip Shaibu noted this while speaking with #EndSARS protesters on Friday after the alleged killing of one of them in Benin city.

The protest is said to have been hijacked by hoodlums who unleashed mayhem on the protesters, killing one and injuring several others.

The deputy governor who was on hand to commiserate with the protesters said, “We don’t want either SARS or SWAT in Edo. The second thing is that I have given instructions to the security agencies to fist out those behind the attack. 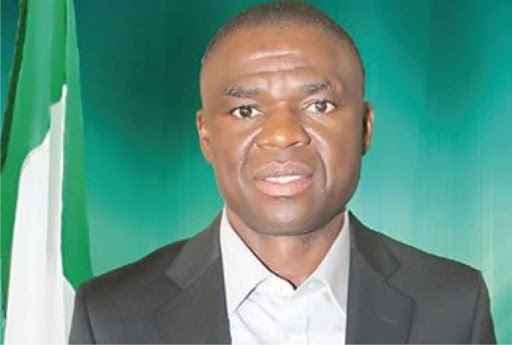 “The police, Department of State Services (DSS) and others must bring to book those who stoned you, shot at you and the one who killed that young man.

“Some of you sustained injuries; I can see them from here; they have 24 hours to bring them to book,” he said.

The deputy governor also directed that the victim be taken to the morgue, pledging that he would be given a state burial and treated as the martyr of the struggle.

“He will be remembered for being part of the struggle, and by the grace of God, he will never be forgotten.

“When all these reforms must have taken place, it will be on record that he joined the struggle for emancipation. I want to assure you that Edo government believes in your peaceful protest.

“Those miscreants who want to create problem, I can assure you that we will not fold out hands and watch them brutalise any of you. That, I want to assure you. So, please maintain your peaceful protest”.

Shaibu, who noted that President Muhammadu Buhari had promised a reform in the police, said that the state government would ensure that the country eventually had a reform that would be people-friendly.

“The police are meant to protect lives and property, and not to destroy them. So I want to assure you that we are with you on this,” he said.