It’s my dream to be a mum, gushes pregnant Rihanna; social media in a frenzy 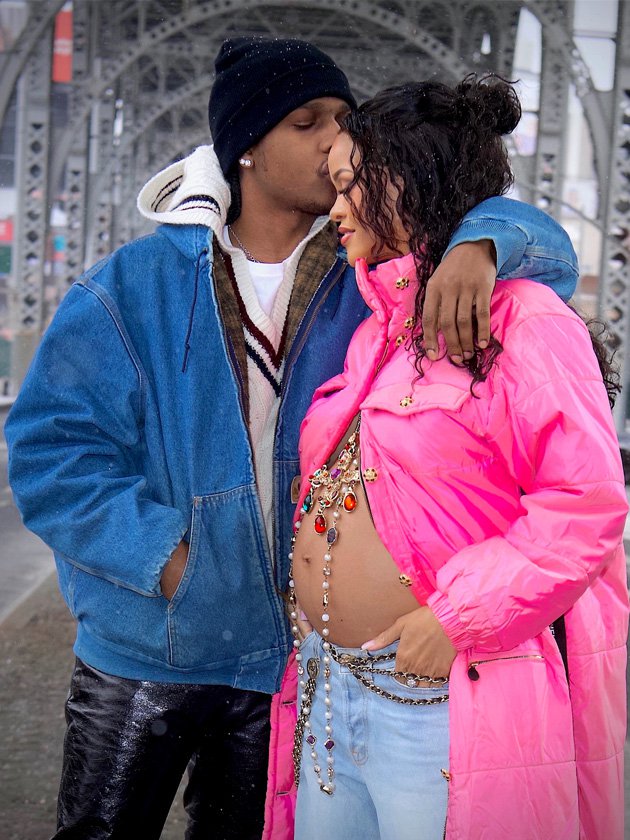 It’s my dream to be a mum, gushes pregnant Rihanna; social media in a frenzy

Rihanna is pregnant with her first child, with boyfriend A$AP Rocky and she got social media into a frenzy displaying her pictures spotting a bump and walking the streets with her guy.

The 33-year-old confirmed her baby news in the most iconic way possible, unveiling her growing bump while on a walk with the Praise the Lord rapper.

In new photos, the Umbrella singer could be seen hitting the streets of New York in a bubblegum pink puffer jacket and jeans, with her stomach clearly on show, adorned with necklaces, reports UK Metro.

Her rapper beau, also 33, could be seen protectively placing his hands over hers at some points, as they stopped to share a sweet kiss.

This will be the first child for both Rihanna and A$AP – real name Rakim Athelaston Mayers – with the pair first linked at the beginning of 2020.

They have known each other for years and worked together on a remix of her track, Cockiness, together, before growing closer over the last few years – keeping their relationship mainly behind closed doors ever since.

However, the Goldie rapper made a rare declaration that the beauty mogul is ‘the one’ in an interview with GQ magazine last year.

‘[Relationships are] so much better when you got the One,’ he said, giving a snippet into their life together.

‘She amounts to probably, like, a million of the other ones.

Fans previously speculated that she was expecting her first child last November – but she was having none of it and quashed those rumours in pure Rihanna style.

Responding to a follower on Twitter who tried to invite themselves to her baby shower, she was having none of it.

‘Can I come to the baby shower sis!? True or not your babies are going to be beautiful. Sorry everyone’s up in your uterus right now,’ they penned.

Grabbing a mic to drop, she replied: ‘Ha! Stop! You ain’t came to the first 10 baby showers! Y’all breed me every year dammit lol.’

The Grammy-winner also shared her interest in starting a family during a recent interview with British Vogue, in which she explained that she saw herself with a huge brood.

‘I know I will want to live differently,’ she told the publication, shedding light on where she saw herself in 10-years time.

‘I feel like society makes me want to feel like, “Oh, you got it wrong…” They diminish you as a mother if there’s not a dad in your kids’ lives.

Speaking to Extra in 2019, she lifted the lid on how she was preparing to become a mum for the first time, stating that it is her ‘dream’ to start a family.

‘A lot of women get very defensive,’ she said of the discussion on motherhood. ‘It’s personal, it’s our bodies, and of course it’s our time. It’s not necessarily everyone’s dream to be a mum… but it’s mine, so I’m fine.

‘There’s things that I’m paying attention to that I’ve never paid attention to. Like supplements. And working out. And hearing about my bones.’

A$AP echoed her sentiments in his chat with GQ, adding: ‘If that’s in my destiny, absolutely. I think I’d be an incredible, remarkably, overall amazing dad. I would have a very fly child. Very.’