Is the earth on the verge of losing its natural carbon sinks? 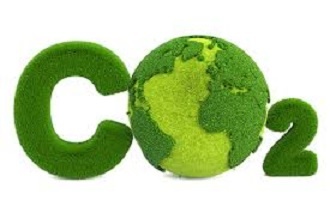 Is the earth on the verge of losing its natural carbon sinks?

The earth is made of essential ecosystems that help it maintain balance. As the world grapples with the changing climate, it then becomes important to protect these vital ecosystems because they do not only tackle climate change but also keep our climate stable.

These ecosystems are carbon sinks and no, they are not the sinks you have in your kitchens. Carbon sinks are natural systems that absorb more carbon dioxide from the atmosphere than they release.

Vegetations, soil, and the oceans are natural carbon sinks and they are the world’s largest. Combined, they absorb about half of all carbon dioxide emissions from human activities.

Vegetations sequester carbon dioxide from the atmosphere for photosynthesis. Globally, forests absorb about 2.6bn tonnes of carbon dioxide every year.

Also, when plants die and decompose, some of the carbon in them is transferred to soil. It also sequesters about 25% of all human emissions each year, with a large portion of this stored in permafrost or peatland.

The oceans are a major carbon storage system for carbon dioxide. They have sequestered about a quarter of the carbon dioxide released into the atmosphere since humans started burning fossil fuels for energy during the Industrial Revolution.

Some marine species also suck up carbon dioxide for photosynthesis. For example, phytoplankton, which are microscopic marine algae and bacteria, are the main reason the ocean is one of the biggest carbon sinks — absorbing about as much carbon as all the plants and trees on land combined.

Also, some carbon dioxide that finds its way into the oceans dissolves in them.

One cannot but marvel at the critical role that these natural carbon sinks play to ensure we have a balanced system by soaking up some of our greenhouse gas emissions. However, the world might be on the verge of losing them because human activities like deforestation and human-induced weather changes are disrupting the balance that they offer.

Deforestation and forest fires are causing about half of the emissions absorbed by the world’s forests to go back into the atmosphere.

The world is also releasing more carbon into the atmosphere than these natural carbon sinks can absorb and our reliance on fossil fuels for energy is not even helping matters because of the tonnes of carbon that are released into the atmosphere.

Ensuring forests are used sustainably, empowering communities where forests are located, and drafting and implementing laws that discourage illegal logging and trade.

Putting an end to plastic pollution especially in oceans.

We can also help nature by devising ways to sequester carbon artificially on a large scale because, let’s face it, we are destroying these carbon sinks and at the same time releasing so much carbon.

This doesn’t look good for the environment and our health. The time to act is now.