Onyike in the motion filed on July 3, with number FHC/AI/CS/59/2020, is seeking for an order for enforcement of his fundamental rights to; Dignity of human person, Personal liberty, freedom of movement, freedom of expression, right to private and family life.

The former commissioner was also seeking for the enforcement of his fundamental right to freedom from discrimination.

The originating motion was further hinged on the provisions of the Article 5, 6 and 7 of the African Charter on Human and People’s Right (Ratification and Enforcement) Act.

The appellant said the motion was also brought pursuant to the exercise of the inherent jurisdiction of the honorable Court as preserved by section 6 (6), (A) – (C) of the Nigeria 1999 Constitution as amended. 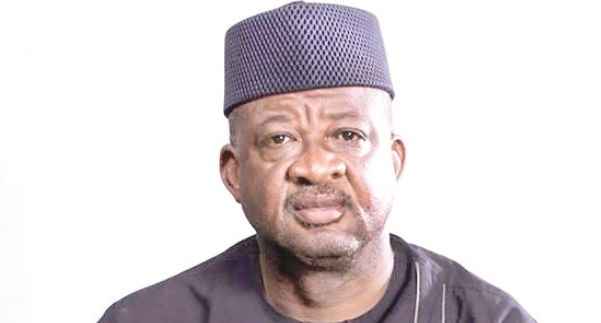 Abia Onyike, former Commissioner for Information and Orientation in Ebonyi

The applicant sought five reliefs including; a declaration that the plot, plan and attempt by the respondents to arrest, rearrest, detain, interrogate, torture, intimidate, harass and embarrass him by the respondents was illegal, unlawful and unconstitutional.

The appellant said that the stated actions if taken would amount to flagrant infringement of his fundamental right to dignity of human person; personal liberty, freedom of movement, freedom of expression, right to private and family life and freedom from discrimination.

A declaration that the plot and plan by respondents to ostracise the applicant and banish him out of his village, local government area and state was manifestly illegal, unlawful and unconditional.

He alleged that the action if taken amounted to gross contravention of his constitutionally guaranteed fundamental rights to dignity of human person, personal liberty, freedom of movement and right to private and family life among others.

The applicant is seeking for the award of N20 million in damages against the defendants jointly and severally for bodily, mental, emotional, psychological trauma, social embarrassment, humiliation and ridicule suffered as a result of the unlawful plot to arrest him.

The plaintiff is seeking for any such order or further orders as the honourable court may deem fit to make in the circumstances.

No date has been fixed for hearing in the motion. (NAN)

What is killing Nigerians is the fear, ...