West Africa’s regional leaders have given the military junta in Mali until Sept. 15 to name a transitional president and a prime minister, according to a statement read at the end of a summit on Monday.

The heads of state of the 15-nation Economic Community of West African States (ECOWAS) said the president and prime minister, who will lead the transitional government, should be civilians.

The bloc, seeking to keep pressure on the junta, maintained sanctions it had placed on Mali, but welcomed steps taken by the junta in the past week to start talks with Mali’s political parties and civil society groups over the transition.

The ECOWAS union has closed its borders with landlocked Mali and halted financial flows amid concerns from some West African leaders the military coup could undermine their power and democratic gains in the region.

A group of army colonels has ruled Mali since ousting President Ibrahim Boubacar Keita on Aug. 18. No consensus has yet been reached on the make-up and duration of a transitional government ahead of promised elections.

ECOWAS is calling for a swift return to civilian rule and a vote within a year, a timeline the junta, the National Committee for the Salvation of the People (CNSP), has not committed to.

ECOWAS Commission President Jean-Claude Kassi Brou, said both the president and prime minister must be appointed by Sept. 15 at the latest.

Talks in the capital Bamako about the transition period got off to a bumpy start on Saturday, when supporters of the influential M5-RFP political coalition accused the junta of sidelining them. 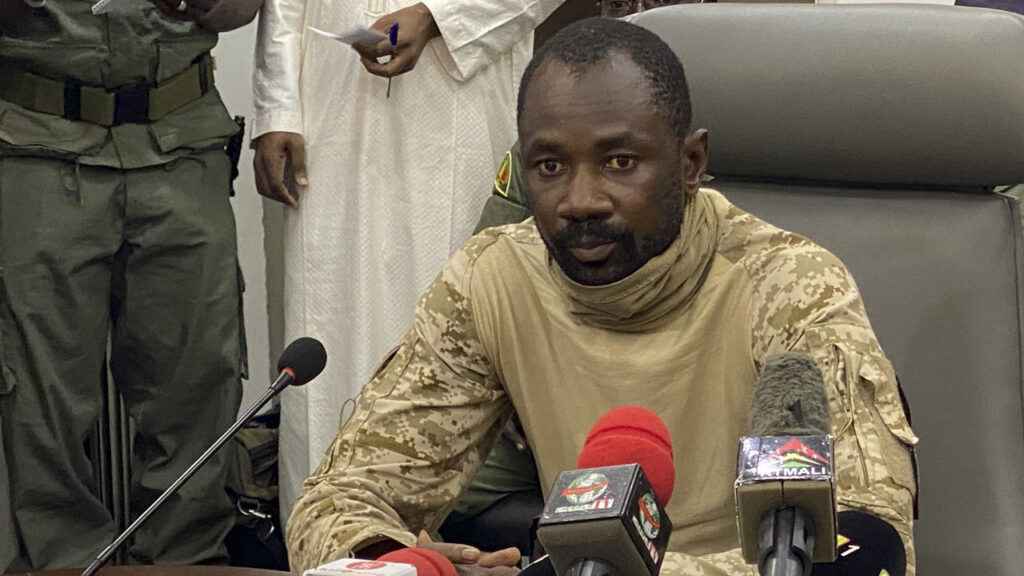 Colonel Assimi Goita speaks to the press at the Malian Ministry of Defence in Bamako, Mali, on August 19, 2020 after confirming his position as the president of the National Committee for the Salvation of the People (CNSP). – The military junta that took power in Mali on August 19, 2020, asked that the population resume “its activities” and cease “vandalism” the day after the coup that ousted President Ibrahim Boubacar Keita and his government. (Photo by MALIK KONATE / AFP)

The junta’s negotiations, which are also being held in regional capitals across Mali, will continue later this week.