Politics
Home›Politics›Edo 2020: No election has generated this much tension – Oba of Benin

Edo 2020: No election has generated this much tension – Oba of Benin 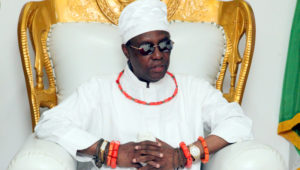 The Oba of Benin, Oba Ewuare II,  has urged  security agencies to live up to their constitutional obligations in the Edo governorship election billed for Sept. 19.

Ewuare said this on Monday, when the Inspector-General of Police, Mohammed Adamu, visited his palace in Benin.

The Benin monarch told the police boss that there had never been an election that had generated tensions as the 2020 polls in the history of Edo.

According to him, the needful must be done to ensure peaceful election in Edo on Sept. 19, irrespective  of challenges.

Earlier, Adamu said he was in the palace to appeal to the Oba to help talk to the political gladiators in the state to sheath their swords.

The IG noted that his earlier peace pact meeting with candidates had yielded positive results in the state.

“We came to receive the blessings of Oba, His Royal Majesty, the Oba of Benin, because we cannot come to Benin without passing through the palace.

“We are requesting the palace, as he did before, to talk to the political gladiators, that is the contestants in the Saturday election,  to speak to them again to be law abiding because the first time he spoke to them, there was result, all the violence went down.

“We are asking the palace again to increase the tempo by talking to them again.

“We met with all the political parties and the contestants in the gubernatorial election and we spoke to them, we explained to them the security arrangements we have put in place.

The INEC Chairman also told them the arrangements that had been made.