The Independent National Electoral Commission, INEC, has released the final list of candidates for the September governorship poll in Edo State.

With just two months to the poll announced that 14 candidates will contest in the election.

INEC’s National Commissioner and Chairman of Information and Voter Education Committee, Festus Okoye, made the announcement in a statement on Saturday.

He revealed that the electoral umpire has displayed the final list of candidates at its offices in Benin City, the state capital, and the 18 Local Government Areas of the state.

He explained that the action of INEC was in compliance with its Timetable and Schedule of Activities for the election and in accordance with Section 34 of the Electoral Act 2010 (as amended). 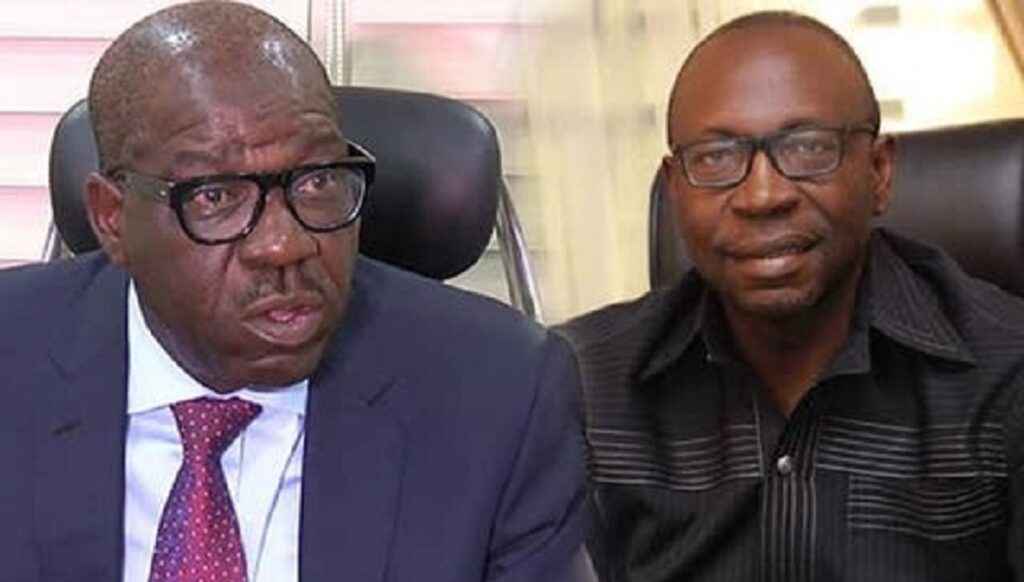 “By Section 35 of the Electoral Act and the Timetable and Schedule of Activities of the Commission, the withdrawal and substitution of candidates for the Edo Governorship election ended on 13th July 2020,” the INEC national commissioner stated.

He added, “With the publication of the final list of candidates, no political party can withdraw or substitute any of the nominated candidates or tamper with the list and particulars of the candidates in a manner inconsistent with the internment of the Constitution and the Electoral Act.”

Okoye urged the participating political parties to pay close attention to the timelines stipulated in the Timetable and Schedule of Activities of the commission, as well as the provisions of the Constitution and the Electoral Act.

Below is the full list as released by INEC 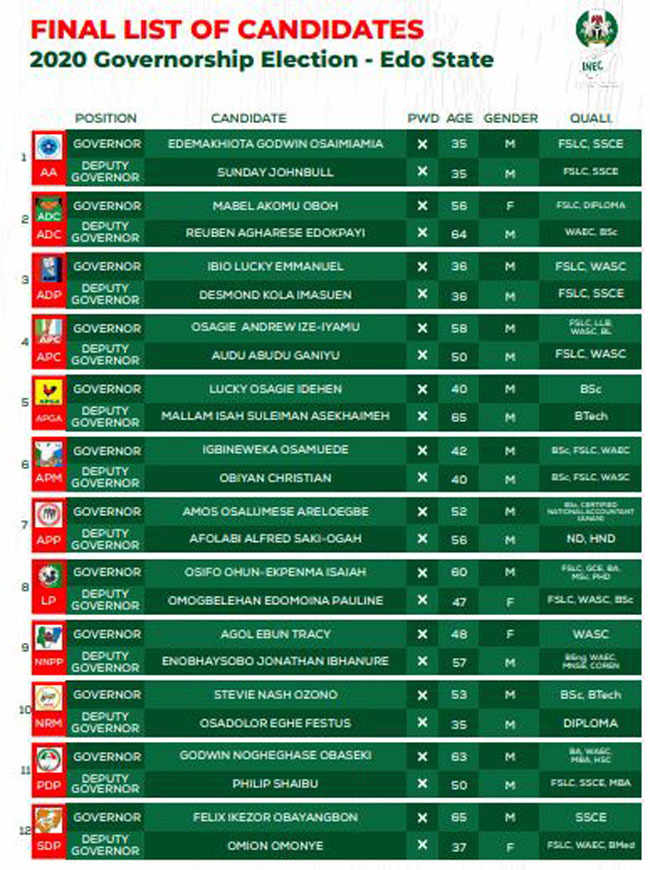