Edo to register herdsmen, chase criminals out of forests

The Edo Government on Tuesday said it would register genuine herdsmen operating in the state and subsequently dislodge criminal elements out of the forests. 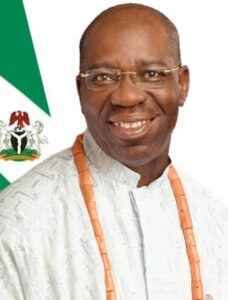 The state said it has planned operations with security agencies in the state to dislodge criminals causing crisis in the state from the forests.

Gov. Godwin Obaseki, said this at Odighi in Ovia  North East Local Government Area, when he led heads of security agencies in the state on a fact-finding mission over the incessant herders/farmers conflicts in the locality.

Obaseki said that the genuine herders who had lived peacefully within the locality were not the problem, but rather the criminal elements who had gone beyond the area allocated for grazing.

“We will swing into action, and we will clear them out of the forest.

“Any grazer must be known to us and register with the community.

“We will plan operations with the security agencies to vacate criminal elements from our forests,” he said.

He expressed happiness with the sustained peace in the community.

“I am happy that the vigilante and you people have taken the security of this community seriously.

“We will not allow crisis to continue, and will not accept criminality in the community.”

The governor stressed that his administration would separate security from politics and tackle the criminals masquerading as herders.

Earlier, the Enogie of  Oko-Odighi, HRH, Akenzua Osaretin, said that the community did not want to be in conflict with any person.

The  governor and the security chiefs were earlier at Udo, in Ovia South West Local Government Area.

At Udo the governor had a town hall meeting with representatives of the farmers and the Fulani community aimed at facilitating peaceful coexistence.

The Edo Commissioner of Police, Mr Phillip Ogbadu, had at the meeting said that nobody enjoyed crisis because no region could achieve progress with it.

He also gave the assurance of the readiness of the command to ensure peace in the troubled areas in the state.

He also called on the Fulani leaders to caution their own against allowing children to follow cattle for grazing.

Brig.-Gen. Musa Sadiq, the Brigade Commander, 4 Brigade of the Nigerian Army, as well as a representative of the State Director, Department of State Services (DSS), were also on the fact finding team. (NAN)