Emefiele and the burden of a prophet 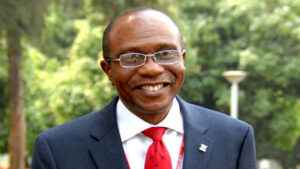 Dateline June 2015: Godwin Emefiele, the Governor of Central Bank of Nigeria, CBN, banned importation of 41 items which the apex bank classified as ‘not valid for forex’. These items ranged from consumables like rice, poultry products, vegetables and processed vegetable products to building materials like cement, roofing sheets, etc. The aim was to encourage local manufacture of these items, all of which can be produced locally. The other objective of the ban was to ease pressure on the nation’s foreign reserves. Crude oil (the major source of forex) was beginning to lose its allure in pricing. Simply put: national income (inflow) was shrinking perilously.

Today, by benefit of hindsight, it could be appropriately said that Emefiele was a prophet who saw tomorrow and quickly rallied his people to prepare for the impending storm. Not long afterwards, the real storm came bearing down on global economies. Nigeria and other nations with huge reliance on crude oil revenues took a heavy shellacking from the storm. Crude oil prices took a dip. From a mere dip to a free fall until it bottomed out at $27.67 in 2016.

Fast-forward 2020. Oil price is still low. Recovery has been sluggish, accentuated by the global Covid-19 pandemic. Nigeria with a population of about 200 million, low export, heavy import-dependent economy and a lifestyle that borders on flamboyance has been much hobbled by the oil price drop.

The decision to declare over 40 items ‘not valid for forex’ must have been a difficult one to take. But great leadership is about making tough calls; taking, sometimes, unpopular decisions. Emefiele did that at the most auspicious time. It was contrary to the wishes of the advanced economies of the West which see Nigeria as their largest, most profitable market in Africa. A policy to encourage local manufacture and patronage of locally made goods should be music to any patriotic Nigerian. It will encourage honing of skills, create jobs in millions, stop the drain on our external reserves and ultimately shore up the sagging strength of the nation’s primary sector. But you don’t expect such decision to go down well with the advanced nations whose major market in Africa was about to be shut.

This explains the baleful treatise conjured by The Economist magazine to deride the CBN policy. The usually opinionated UK magazine had in the wake of the ban on importation of over 40 items published a self-serving satire on Emefiele’s efforts to save the naira. The copiously disingenuous article in The Economist tried to denigrate the CBN policy. But that was not enough to make Emefiele change his mind. The multiple-award winning central banker, convinced that the policy was in the best interest of the county, stuck to his gun. He was unwavering. Now, Emefiele has been proved right and The Economist wrong. Nigerians are producing the banned items from grains to roofing sheets.

No matter the cynicism from those who preach classical textbook economic theories to Nigeria but act otherwise in their native countries, the truth is that foreigners cannot love Nigeria more than Nigerians. Emefiele proved this truism by raising the red flag when he foresaw the lurking economic turbulence.

The Nigerian naira dilemma is a peculiar mess created largely by a clan of crooked Nigerian elite, it will never go away by mere application of economic theories that never worked anywhere, even in the advanced West.  The Nigerian problem can only go away by the application of well-thought through policies as Emefiele did.

To better appreciate the Emefiele magic, let’s consider this scenario. In 2013 at a time when crude price was $120 per barrel what CBN received to service the forex market from petroleum inflows either from petroleum products trading, royalty, taxes, NNPC etcetera was as high as $3.3 billion in a month. By June 2014 when external reserve had dropped to about $37 billion, what the nation got had dropped to less than $2 billion. Recall that the whole crisis started in July 2014 and by March 2015 when crude price had dropped to about $48pb, the nation’s reserve had gone down to $30 billion. At that point, what was coming in as forex which the CBN will use to service the market had dropped to about $1.3bn from about $3.3 billion in just over a year.

At that time, around January/February of 2015, CBN usually funds the forex market by Monday and Wednesdays with $200 million each of the days which is $400m in a week. At that time CBN was fighting the hostile market and saying we’ll defend the naira. The inter-bank market was defending the market with about $100million per day which is $500 million per week. If you add that to the official buffer of $400m on the part of CBN, it adds up to $900m weekly. This means that in a month Nigeria needed $3.6 billion dollars minimum to fund the forex market and by interpretation fund importation.

As the price of crude continued its free fall, monthly outflow hit $4bn against an inflow of just $1.3 or $1.5 which brought net depletion of Nigeria’s reserve on a monthly basis to about $2.5 billion. If CBN had continued the depletion of our reserve from March 2015 by $2.5 billion monthly, by now Nigeria would have zero reserve. That is the stack reality. And this is why Nigerians should commend the boldness and farsightedness of Emefiele to place a historical and landmark ban on over 40 items. Not only has he helped to boost backward integration, the policy eased pressure on the nation’s reserve.

Broilers, machinery and appliances form the biggest import which was estimated at N2.11 trillion. Mineral product ranked second with N1.3 trillion import in half-year 2019. Other top items on the import list include vehicles, aircraft and parts (N1.06 trillion), cement (N599 billion), metals (N386.1 billion). In recent past before the restriction, Nigeria spent an average of $22 billion each year on food (rice, wheat, sugar, fish etc) importation. The sad fact is that all of this money go to reflate the economies of Thailand, India, China and the West.

If all of this could happen with restriction, imagine the scenario if there were no restrictions. Emefiele is indeed an unsung hero. That’s the burden of a prophet who is barely appreciated at home. But first Nigerians must change their exotic and outlandish lifestyle. No nation builds a strong economy on importation.