Breaking NewsLocal News
Home›Breaking News›#EndSARS Protest is politically motivated, a ploy to set the youths against one another – Kogi Governor

#EndSARS Protest is politically motivated, a ploy to set the youths against one another – Kogi Governor

By Admin
324
0
The Kogi State Governor, Yahaya Bello, has described the #EndSARS protests as politically motivated.

In an interview on Channels TV’s Sunrise Daily on Tuesday, the governor explained that although he supports the agitations of the youths, the fact that they refused to relent after some demands were met, means the protests have political undertones.

“Dear Nigerians, let me tell you, what is happening today, this so-called #EndSARS is politically motivated,” he said.

“Whether anybody says it or not, I am saying it once again and you can quote me anywhere, any day and I will prove it to you.

“Why will you demand for five items and you are granted and you refuse to take it. Which struggle, agitation or uprising across the world has ever succeeded without leadership?.

“I agree 100 per cent with the agitations of the protesters but if you look at what is happening today, you will have no option than to classify it as politically motivated”. 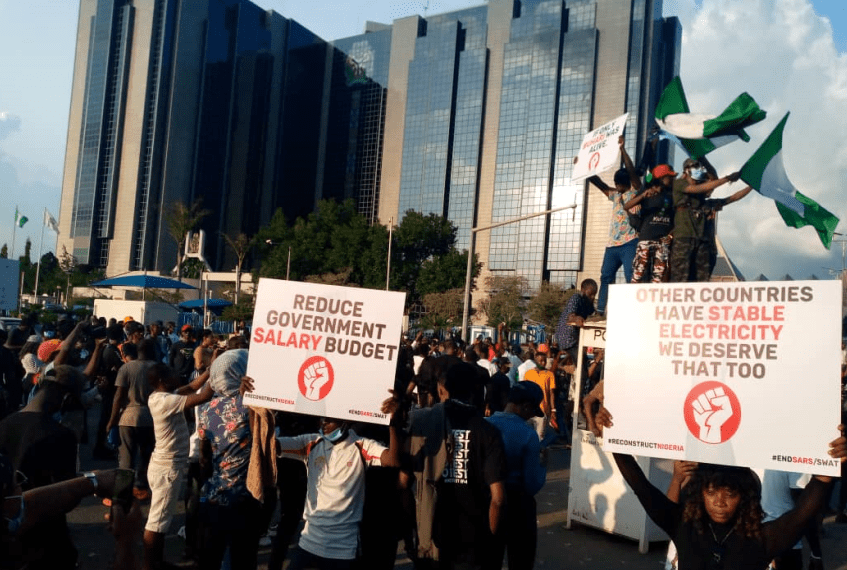 According to him, it is a “ploy to set we the youths of this country against one another”.

The governor also said not everyone wants an end to SARS so the agitations are only fuelled by some politicians and those who are profiting from it.

“Not everybody believes in ending the SARS. And if you say SARS are even wrong in doing one thing or the other, the best way to agitate was to even ask for a total security overall”.