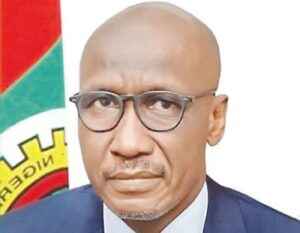 Another broth of corruption is brewing at the Nigerian National Petroleum Corporation, NNPC, with the inflation of the 614km Ajaokuta-Kaduna-Kano, AKK, natural gas pipeline project by $1,527,846,000, equivalent to N615 billion. 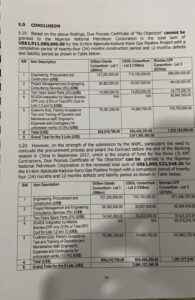 The Bureau for Public Procurement, BPP, blew the lid off the scam perpetrated by Mele Kolo Kyari-led NNPC in connivance with the deceased ex-Chief of Staff to President Muhammadu Buhari, Abba Kyari. 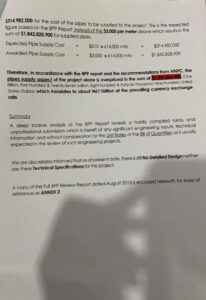 The contract process was going well until NNPC, after deceiving the Federal Executive Council, FEC, in December 2017 and getting its approval demanded a ‘Due Process Certificate of No Objection’ from the BPP.  The BPP in the course of scrutinising the contract details discovered mind-boggling corruption of over-invoicing and inflation.

The BPP report seen by our reporter heavily indicted NNPC, stressing that the $1,527,846,000 fraud was for pipes alone. This triggers the alarm that there might be other embedded fraud in the other aspects of the contract which has been touted as one of the legacy projects of the Buhari administration.

An evaluation report on the contract summarised it thus: “A deep incisive analysis of the BPP Report reveals a hastily compiled, tardy and unprofessional submission which is bereft of any significant engineering inputs, technical information and without consideration for the Unit Rates or the Bill of Quantities as is usually expected in the review of such engineering projects.

“We are also reliably informed that as at present date, there is still no Detailed Design, neither are there technical specifications for the project,” the report said.

Documents on the contract further revealed that the second awardee, CSOIL Consortium, was thrown into internal administrative wrangling and was therefore unable to accept the contract. Attempts by NNPC officials to help the consortium overcome its internal bickering proved abortive, forcing the NNPC to split the contract meant for CSOIL to both OilServ-Oando and Brentex-CPP.

Documents showed that BPP in an effort to avoid embarrassment on the contract and litigation from CSOIL, the disqualified consortium, sought for a meeting with NNPC officials. The meeting which held on August 2, 2018 at the Conference Room of BPP was attended by nine BPP officials led by Babatunde Kuye, Director, Energy Infrastructure, and five NNPC officials led by Al-Amin Musa, General Manager, Pipelines.

Construction of the gas project is in line with the Nigerian Gas Master Plan, NGMP, which was approved in 2008 as a guide for the commercial exploitation and management of Nigeria gas sector,  but the process for implementation and award of contract was initiated by NNPC in 2017 when it sought and got approval from President Buhari.

It was aimed at “growing the Nigerian economy with gas and is expected to process 4 billion standard cubic feet per day(bscfd) of rich gas from a variety of oil and gas producing areas in three central processing facilities located according to clusters of gas supply and distribute the sale of gas via the nearest transmission pipeline system,” according to the proposal.

P&ID Case: Magu should be celebrated, given ...