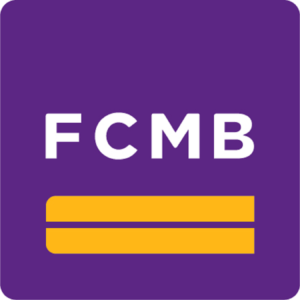 He also narrated how First City Monument Bank, FCMB, colluded heavily in the p4nsion scandals. “One of it was that FCMB in their Abeokuta Branch in Ogun State, opened 555 accounts for one person and that individual in question was never a pensioner.

“These and other issues led the SERVICOM Unit of EFCC into writing an interim report to the then HoS and made recommendations on the way forward,” he told the court.

Justice Abang had, on Feb. 25, ordered Maina to open his defence in the charge preferred against him by the Economic and Financial Crimes Commission (EFCC) after the prosecution closed its case.

Maina (1st defendant) was arraigned before Abang, on Oct. 25, 2019, by the EFCC alongside his firm, Common Input Property and Investment Ltd (2nd defendant).

He, however, pleaded not guilty to the 12-count charge bordering on money laundering to the tune of N2 billion.

Ihuoma, while being led in evidence-in-chief by Anayo Adibe, counsel to Maina, told the court that Maina was appointed to chair the PRTT by President Goodluck Jonathan-led government following his (Maina’s) achievement in pensioners biometric capture exercise he conducted at Customs, Immigration, Prison Pension Office (CIPO), Gwagwalada, FCT.

“In 2010, precisely May 6, 2010, there was a change of government that brought in President Goodluck Jonathan, the then acting President, as the substantive president following the death of former President Umaru Musa Yar’Adua.

“One of his agenda then was to ensure a pension reform which was a thorny issue to pensioners then.

“Anybody that lived in Abuja, especially within Wuse axis and Federal Secretariat would feel sorry and disappointment with the way past government maltreated pensioners at their old age.

“The last pensioners verification exercise conducted in May 2010 under Chief Steve Oronsaye as Head of Service (HoS) with EFCC monitoring the exercise through their SERVICOM Unit, revealed monumental fraud.

The witness said after a stakeholders’ meeting, which included the pensioners’ union, administrators, the National Pension Commission, etc, conducted by Oronsaye, they decided to adopt the biometric capture exercised used at CIPO.

“So the 1st defendant (Maina) was invited to head the task team,” he said.

The witness said the EFCC, as an anti-corruption agency, was part of the PRTT on an institutional capacity.

“The task team embarked on a verification exercise in view of the EFCC interim report by the SERVICOM Unit that had uncovered monumental fraud by ghost pensioners,” he said

He said the biometric capture exercise took place in two trenches; the first was in 36 states and FCT and the second was pensioners in diaspora.

“In diaspora, we have about 6 centres; one in Washington, Atlanta, United Kibgdom, South Africa, Ghana and New York,” he said.

Ihuoma said that at the end of the exercise, the PRTT discovered 71, 320 ghost pensioners in government payroll and 73, 000 accounts were opened for ghost pensioners by the various banks in the country.

“And as at May 2010, prior to the establishment of the task team, the whole N5 billion was being paid out by the banks,” he said.

He, however, said with the conclusion of the biometric capture and 71, 320 ghost pensioners removed, the Federal Government’s monthly expenses dropped to N1.3 billion from N5 billion.

He said with this development, additional 50, 000 pensioners, including those who had retired as far back as 1968 but who had never been in the payroll as a result of corruption, were brought into the system.

The witness explained that this jerked up the monthly payment to N1.7 billion instead of the earlier N1.3 billion.

He said as at then, N600 million was being released monthly for the next of kin of deceased pensioners by the Budget Office but that there was no evidence that any next of kin was paid because the funds could not be accounted for by the banks.

“On the whole, a total of N4.2 billion naira was saved starting from January 2011.

“The payment schedules were signed by the HoS and accounting officers in his office,” he said.

Ihuoma said despite the task before the PRTT, the team was an inter-ministerial task team that had no budgetary appropriation from the National Assembly.

According to him, as at March 2011, a task team through the EFCC and ICPC had charged 46 persons and companies to court for their roles in fraud and ghost pensioners involvement.

“One of the people charged included a director of pension at the Head of Civil Service of the Federation, Dr Tiedi Shaibu, including Nigerian Union of Pensioners’ President, Alhaji Ali Abatcha and his Secretary, Zack Orji,” he said.

He said the success of the team made the then Minister of Finance and Coordinating Minister of the Economy, Dr Ngozi Okonjo-Iweala, to add the Police Pension Office to the assignment of the task team with the aim of capturing the biometrics of the police pensioners.

“Again, as at Oct. 2011, the Police Pension Office was paying N1.5 billion every month to pensioners and next of kin.

“But after the exercise by Nov. 2011, the payment was N466 million. So about N1.1  billion was being saved after the biometric capture.

“The payment was being signed by the Coordinating Minister of Economy and Minister of Finance, Dr Okonjo-Iweala and the then HoS, Prof. Oladapo Afolabi,” he said.

The witness told the court that “in all, by Nov. 2011, the task team had recovered cash of N181 billion which was warehoused at the CBN by EFCC and ICPC.”

He said for those charged to court, order was made by court for interim forfeiture of assets and cash.

“In March 2011, the court had asked EFCC and ICPC and the task team to take custody of the assets and cash valued at N1.63 trillion .

“Almost all the newspapers in Nigeria reported the order of the court showing the location of the property all over the country, cash in banks both in dollars and in pounce,” he said.

The witness said under a plea bargain arrangement at the Police Pension Office, an officer, John Yusuf, was convicted for misappropriating over N32 billion police pension fund.

“He was asked to make refund and payment of fine of N750, 000. A pronouncement that raised a lot of dust all over the country.

“Based on the cry, the task team and the EFCC appealed that judgment at the Court of Appeal and he was sentenced to seven years in

imprisonment and was asked him to refund N22 billion out of the N32 billion,” he said.

Justice Abang adjourned the matter until March 2 for continuation of trial.(NAN)

NAFDAC has made progress with COVID-19 intervention ...