FCTA disburses N2.495bn to area councils, others in September

Dr Ramatu Aliyu, the FCT Minister of State, says the Federal Capital Territory Administration has disbursed N2.495 billion to the six area councils and other stakeholders for the month of September. 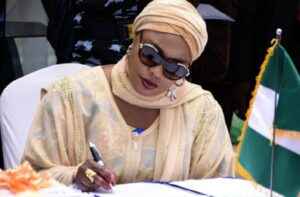 Aliyu stated this in a statement issued on Sunday by her media aide, Mr Austine Elemue and made available to newsmen.

The minister said that the sum of N867.9 million was given to the six area councils while other stakeholders got the sum of N1.268 billion.

Aliyu further stated that the sum of N1.628 billion which went to other stakeholders were given as 15 per cent pension fund, one per cent training fund and 10 per cent employee pension contribution.

The minister urged members of FCT JAAC to make disbursed figures public for the sake of accountability and transparency in governance.

“We are very committed towards promoting transparency, we need to be open to avoid suspicion and speculation.

“It is the obligation of government to explain how funds are disbursed and expended, this is in line with the agenda of the President Muhammadu Buhari-led administration,” she said.

Aliyu expressed the resolve of the ministry to ensure utmost transparency in governance, saying, “we will not deviate from this practice, the people should know how we receive and spend their money”.(NAN)