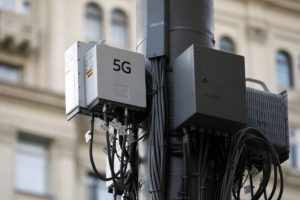 After due consultations among relevant stakeholders, the Federal Government has at last approved the National Policy on Fifth Generation (5G) Network for Nigeria.

Dr Femi Adeluyi, Technical Assistant on Information Technology to the Minister of Communications and Digital Economy, Isa Pantami, made the disclosure on Wednesday in Abuja. The 5G policy implementation would take immediate effect.

He explained that the national policy took a period of two years to develop because of the need for extensive stakeholders’ engagement and the need to ensure adequate public awareness and sensitisation.

He added that the stakeholders’ engagement was thorough and multi-sectorial in nature, adding that it also took into account the report of the three-month 5G trials that began on Nov. 25, 2019.

Adeluyi noted that the report critically reviewed and studied the health and security implications of deploying 5G in Nigeria.

According to him, the WHO and the International Telecommunications Union, an organ of the United Nations, confirmed that deployment of 5G networks leaves no adverse health effect.

“Several countries have already started the deployment of 5G and are enjoying its benefits.  These countries include the United States of America, the United Kingdom, Republic of Korea, South Africa and Lesotho, to mention a few.

“The National Frequency Management Council, chaired by Pantami, will soon release spectrum to the Nigerian Communications Commission (NCC) for Mobile Network Operators that meet all the required conditions.

“The NCC, as the regulator of the telecommunications sector, will continue engaging stakeholders with a view to developing the regulatory instruments required for the successful deployment of the new technology in Nigeria,’’ Adeluyi added.

The deployment of 5G in Nigeria and the preceding groundwork had lingered because of conspiracy theorists and their wild claims that 5G portends danger to humanity and the environment. The NCC had on account of this engaged the stakeholders in the industry including members of the National Assembly.