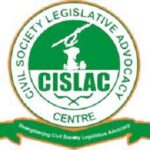 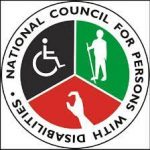 The National Youth Service Corps (NYSC) says the Federal Government has commenced the construction of skill centres across the federation to enhance its Skill Acquisition and Entrepreneurship Development (SAED).

SAED is a compulsory skill acquisition programme carried in NYSC orientation camps to enable corps members to learn trades of their choice during the period.

The Director General of the NYSC, Brig.-Gen. Suleiman Kazaure made the disclosure on Tuesday in Awgu, Enugu State, during a working visit to the orientation camp in the state.

Kazaure, represented by the Acting Director, Corps Welfare and Inspectorate, Mrs Josephine Okonga said that the centre would serve as post- camp training centre for corps members who participated in the SAED.

“The SAED is an initiative meant to empower corps members with self-reliant skills and business ideas with a view to turning them to future entrepreneurs.

“ One is expected to learn a business skill no matter the profession.

“These centres have already been established in the states of Delta, Ekiti and Gombe and the remaining states will be covered soon,’’ he said.

Kazaure said that measures had been put in place to ensure that corps members built on what they learnt in the orientation camps as well as at their places of primary assignment.

According to him, the major challenge in the SAED is the absence of post camp training for corps members.

He said that this was being sorted out as skills centres were being built at the local government areas.

Kazaure said that the NYSC was pleased with the state coordinator on the successes recorded including the provision of potable water in the orientation camp.

Earlier, the Coordinator of the NYSC in Enugu, Alhaji Ahmed Ikaka said that the programme had been a huge success at the orientation camp.

“Corps members have shown uncommon zeal in the programme; we are producing employers of labour here.

“The household products we use in keeping our camp clean are produced by our corps members.

“However, while much has been achieved to upgrade the facilities in the orientation camp, a lot still needs to be done.

“The camp has no auditorium and we need support to build one that can contain 4,000 corps members.

“Also, the camp has no source of public power supply; we solely depend on generator for electricity supply and it is taking a toll on us due to the high cost of diesel,” he said.

The coordinator appealed for a utility vehicle to make camp operations effective adding that they usually hired Hilux vans from the Independent National Electoral Commission (INEC) to solve their mobility problems.

The News Agency of Nigeria reports that the representative of the NYSC DG inspected some facilities in the orientation camp including the completed Chime Hostel, the ongoing construction of the phase two of the perimeter fence and more.