Akpa said this in an interview with the News Agency of Nigeria (NAN), on Monday in Abuja.

According to the director-general, the renewed effort on capacity building was fuelled by the experiences and lessons the country learnt from SARS, EBOLA and recently COVID-19 pandemic.

He said the bitter lessons which forced Nigeria to start from the scratch again looking for treatments, test kits and vaccines during outbreak of deadly diseases, would be a thing of the past.

The professor disclosed that as a result of this, the Central Bank of Nigeria recently set up a committee comprising a few body of experts from the whole country.

He hinted that it was a special committee saddled with the responsibility of not only supporting research but also development in the health sector.

“We are to grant support for proposals not only from individual researchers but also researchers in universities and also in industry.

“All these are aimed at building local capacity, not only for research but for production of diagnostic kits, biopharmaceuticals and also vaccines,’’ Akpa said.

He further hinted that companies would be encouraged to submit proposals for the local production of vaccines, biopharmaceuticals as well as diagnostics.

He also said the universities as research organisations would also be encouraged to submit proposals for research in different aspects of these key areas.

“All these show the increased interest of the government and everyone in the whole country on the need to domesticate these technologies.

“NABDA had been on the forefront of efforts to produce not only diagnostic kits but other biopharmaceuticals,’’ Akpa said.

He noted that in the area of local vaccine production, his agency had gone far in terms of expanding its partnerships by entering into discussions with groups in Europe and the U.S.

“We are quite optimistic that in no distant future, we are going to be able to start the local production of vaccines in Nigeria and here in NABDA,’’ he said.

Similarly, giving updates on the production of the validated RNASwift extraction kit for COVID-19 diagnosis, Akpa said the project was still ongoing.

He recalled that the project was formally and jointly launched by Dr Ogbonnaya Onu, Minister of Science and Technology, and Alhaji Sabo Nanono, Minister of Agriculture and Rural Development. 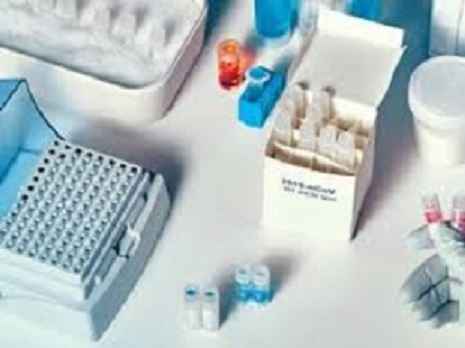 He added that Nanono had made it clear that the FMARD had plans to use the extraction kit, due to its low cost to test at least five million farmers nationwide.

Akpa said the proposal had been sent to the African Development Bank who were still fully behind the project.

“They are willing to fund the project and the plan is still on course and of course it’s going through the normal administrative processes.

“The African Development bank is still interested in funding the project, not only for Nigeria but for the whole of Africa and they are the ones who gave it the nickname, Test Africa Project,’’ Akpa said.(NAN)