By Admin
447
0
The Federal Government says it approved the establishment of the oil and gas logistics facility in Akwa Ibom because of the prevailing peace and security of lives and property in the state.

The Minister of State for Petroleum Resources, Timipre Sylva who made the disclosure on Sunday, assured that work would soon commence at the site of the project.

“We want to send a message to the rest of the states, that there is something to be gained in maintaining peace,” he said.

He also commended Governor Udom Emmanuel for the state government’s efforts in maintaining peace and security.

“Few concerns were raised on the choice of Akwa Ibom for our retreat, but politics was not part of the consideration,” he said.

“I have the full support of NNPC to announce to you that we are very interested to partner with you to build a base here. It will be the first here.

“As we go back, work will start in earnest. Mr. President has already helped by signing a Free Trade Zone status for that area.

“We are happy that we came here. We had very fruitful deliberations and we were very satisfied. We went all the way to Ibaka, a very interesting and painstaking journey. Some people in my team were excited because it was a rare experience using the boats.”

While announcing approval for a partnership deal for the establishment of a petroleum depot by the Nigeria National Petroleum Corporation, the minister asked the governor to set up a team to work with the NNPC in drawing up modalities for the collaboration.

He explained that President Muhammadu Buhari does not play politics with development, hence his initiatives in the state despite being a Peoples Democratic Party (PDP) state.

On his part, Governor Emmanuel expressed appreciation for the planned NNPC oil and gas logistic centre for the state. 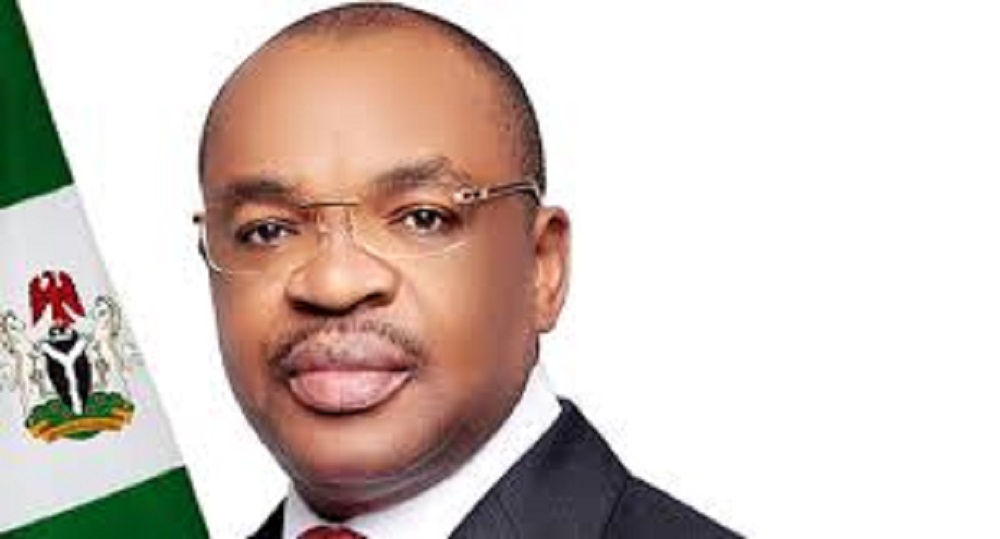 The governor however proposed that the ground-breaking be done in September to mark the state’s 33rd Anniversary and commended the delegation for the stress in going all the way to assess the site at Ibaka.

He also disclosed that President Buhari approved a 50,000-hectare oil and gas free trade zone in Akwa Ibom and urged the Minister to partner with the State for the 540 megawatts Qua Iboe Power Plant project.

“We are ready to support their relocation. Mobil is a very difficult corporate citizen, but the Minister can give them the directive to come here.

“They process over 15 billion barrel of oil from our shores and that alone should propel them. They don’t have such excellent production anywhere else in the world,” he said.