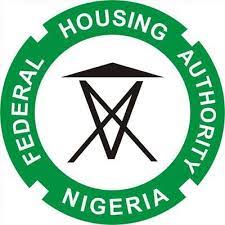 The Federal Housing Authority (FHA) has raised an alarm over illegal and fraudulent advertisements to sell land in FESTAC Town, Lagos.

Spokesman for the authority, Mr. Kenneth Chigelu, in a statement on Thursday, urged members of the public to disregard the advertisements.

He said some fraudsters were currently advertising property at FESTAC Town with the intention to defraud unsuspecting members of the public.

“Our attention has been drawn to the activities of unscrupulous persons claiming to be agents of the FHA for the sale of land in FESTAC Town,” he said.

Chigelu said FHA did not appoint anybody or organisation as its agent, saying, “those putting up such advertisement are mere impostors.

“Members of the public are warned not to do business with these impostors. The said advertisement is a scam.”

The FHA spokesman urged the public to deal directly with the authority’s managing director or zonal managers when making land transactions.

“Meanwhile, the areas being advertised by fraudsters in FESTAC Town are not even for sale. We don’t relate with the public through agents in any way.

“Anyone who deals with the impostors does so at their own risks,” he said.