Flubot virus: From Europe through Australia to Africa: Things you must know 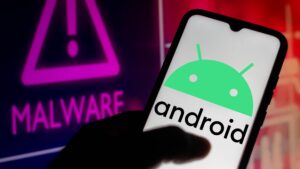 Days ago, the Nigerian Communications Commission, NCC, raised the alarm on the existence of a malware called Flubot. A malware is a malicious virus created by hackers to compromise your device and steal your valuable data including passwords and banking details.

FluBot isn’t a new threat, but it is definitely experiencing a resurgence. The malware first popped up in early 2021, originating in Spain and making its way through the UK and the rest of Europe.

FluBot targets Android smartphones. Cybercriminals distribute FluBot via SMS messages, which they send in different languages with links to fake websites, urging you to click to claim a parcel from a courier company or any other bait they consider appealing to their targets in their respective jurisdictions.

In August this year, thousands of Australians were hit by the new scam which comes as a text message known as Flubot, which aims to install malware on people’s phones.

Though Flubot mainly targets Android users, but iPhone users can also receive the messages. It tells the receiver they ‘missed a call’ or have a new voicemail, providing a fake link to listen.

If per chance you agree, it then installs malware. If you grant permission to the app, then the attackers will have access to your credit card details, personal information, the ability to intercept your SMS messages, open browser pages and capture other information held in your phone.

Cybercrooks distribute FluBot via SMS messages. They send messages (in different languages) containing a fake shipment tracking website designed to download an APK file, which has similar appearance to the installer for the FedEx application.

FluBot is basically a banking malware targeting users in different countries. One way that the malware employs to steal sensitive data is to display windows asking to provide credit card details.

In this way, cybercriminals use FluBot to trick victims into providing sensitive information that could be used to steal identities, make fraudulent purchases and transactions, etc. They might also use it to extract other personal details such as, for example, login credentials (usernames, email addresses, passwords).

In Nigeria, NCC has alerted millions of Nigerian telecom consumers of the existence of Flubot.

FluBot is circulated through Short Message Service (SMS) and can snoop “on incoming notifications, initiate calls, read or write SMSes, and transmit the victim’s contact list to its control centre.”

This malware attacks Android devices by pretending to be “FedEx, DHL, Correos, and Chrome applications” and compels unsuspecting users to alter the accessibility configurations on their devices in order to maintain continuous presence on devices.

The new malware undermines the security of devices by copying fake login screens of prominent banks, and the moment the users enter their login details on the fake pages, their data is harvested and transmitted to the malware operators’ control point from where the data is exploited by intercepting banking-related One Time Passwords (OTPs) and replacing the default SMS app on the targeted Android device.

Consequently, it secures admittance into the device through SMS and proceeds to transmit similar messages to other contacts that may be on the device it has attacked enticing them into downloading the fake app.

It suffices to say that, when Flubot infects a device, it can result in incalculable financial losses. Additionally, the malware creates a backdoor which grants access to the user’s device, thus enabling the invader or attacker to perform other criminal actions, including launching other variants of malware.

In view of this discovery and understanding of the process by which this malware operates, and in order to protect millions of telecom consumers and prevent criminal forces, irrespective of location, from using telecom platforms to perpetrate fraud and irredeemable damages, the NCC hereby wishes to reiterate the advisory of ngCERT as follows:

As the Commission intensifies efforts in ensuring increased broadband access, enabling telecoms consumers to carry out their legitimate activities more efficiently and effectively online, it also restates its commitment to empowering consumers through useful information and education to protect them from falling victims of all kinds of cyber-attack while online. This explains the rationale for the launch of telecom sector’s Centre for Computer Security Incident Response by NCC on 30th September, 2021.